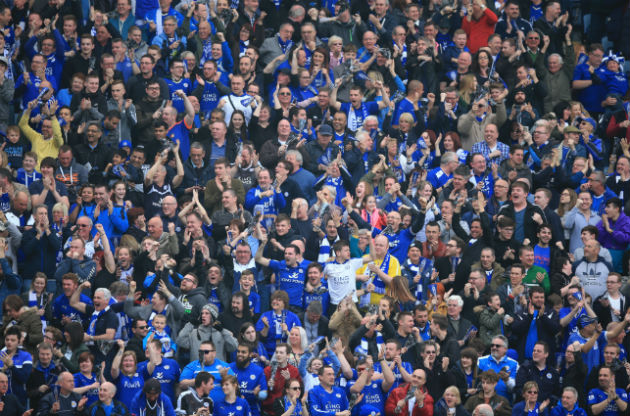 Money talks in the Premier League

The Premier League remains in a healthy financial state and clubs have recorded impressive profits despite more and more investment in players; and next season will be no different given the massive influx of TV money coming in.

For the first time since 1999, Premier League clubs have impressively recorded a second consecutive year of aggregate pre-tax profits, generating approximately £120m in 2014/15, according to Deloitte, the business advisory firm.

This is the second highest-ever aggregate pre-tax profit for Premier League clubs, and follows the record-breaking profit of £190m for the 2013/14 season.

In addition, in 2014/15 Premier League clubs recorded combined operating profits (which excludes player trading, net interest charges and the amortisation of player contracts) of more than half a billion pounds.

Despite being lower than the operating profit achieved in the first year of the current broadcast rights deals in 2013/14, this is nevertheless the second highest ever. Of the 20 clubs in the Premier League, 17 recorded an operating profit in 2014/15.

The statistics are broken down below: 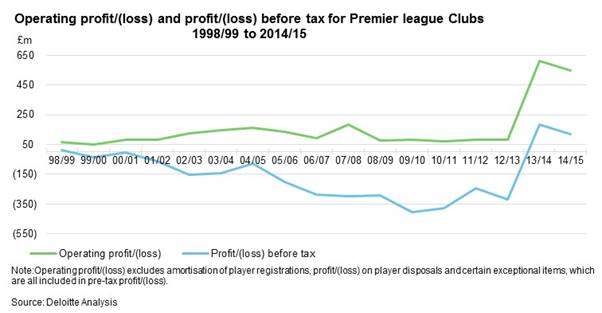 The analysis of the financial results of Premier League clubs for 2014/15 has been based on figures extracted from the latest available company or group financial statements in respect of each club and, for a few clubs, informed estimates.

In general, the financial figures are extracted from the annual financial statements of the legal entity registered in the United Kingdom which is at, or closest to, the ‘top’ of the ownership structure in respect of each club.  In some cases Deloitte has made adjustments to club’s figures to enable, in our view, a more meaningful comparison of the football business on a club by club basis and over time.

The published financial statements of clubs rarely split wage costs between playing staff and other staff.  Therefore, references to wage costs relate to total wage costs, including both playing staff and other staff.  For the purpose of this analysis, references to operating result (profit or loss) is the net of clubs’ revenues less wages and other operating costs, excluding player trading (amortisation of transfer costs and profit/loss on disposal of players) and certain exceptional items.