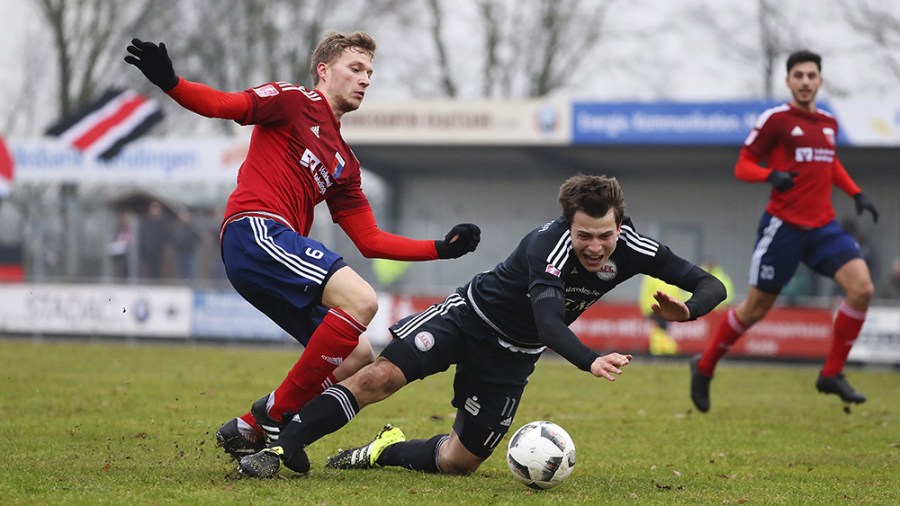 In a most contentious development, the south-western section of the Regionalliga, the fourth tier of the German pyramid, may soon have a distinctly exotic flavour. Plans are afoot to induct the Chinese Under-20 side into the competition and next season, could be going head-to-head with the likes of Saarbrucken, Ulm and the second-strings of Hoffenheim, Mainz and Freiburg.
The idea stems from a football partnership pact concluded a few months ago by the Chinese and German governments, a five-year agreement of mutual benefit: the Deutschland federation offering its substantial soccer know-how to the Asian powerhouse and the German game gaining privileged access to the huge Chinese market.
Seeing this European adventure as a way of broadening their sporting horizons and preparing for the 2020 Olympic Games, the Chinese U20s basically are to take part in 38 exhibition games in the Regionalliga. The results of their matches will not count towards the league table and they will not have a “home” venue as such, playing all their fixtures on opponents’ grounds.
Each German club involved also will bank a cash bonus, with the Chinese FA promising to stump up a 15,000 euro facility fee.
Authority figures at the DFB and the Sudwest-Liga claim that all clubs in the division have reacted positively to the project. However, in truth, the reception has been mixed. Some want to embrace the possibilities. Others are far less keen.
Among the pro-lobby, Kickers Offenbach CEO Christopher Fiori said he was excited by the “good marketing opportunities”, while Stuttgarter Kickers commercial director Marc-Nicolai proved even more enthusiastic: “It’s an outstanding idea. We think it’s interesting in both a sporting and business sense. The key for us is to have new markets. We look forward to hosting these two games and we’ll roll out the red carpet for the Chinese.”
By way of contrast, Waldhof Mannheim, one of the best teams in that league, say they want no part of it. “As soon as we were contacted about this, we made our concerns known and asked for clarifications; we haven’t given written consent,” said club chief executive Markus Kompp. “Despite the marketing spin-offs, we must not completely lose our local connection. For clubs in the regional leagues  there are more important problems. And the priority must be to resolve them.”
You have to feel sorry for the FK Pirmasens club. The best-placed of the six sides relegated from the Sudwest grouping last season, they recently had a motion rejected to increase the numbers in that division from 19 to 20. Now they hear that the Chinese U20s have been admitted instead.
“We have to accept it, but for me it’s pure capitalism,” roared Pirmasens managing director Christophe Radtke. “Rather than hold onto us, they chose a money source from China.”
A final decision on the matter will take place at a Regionalliga management meeting on July 11.
What We Learned This Week
1. Detecting an exit for Emil
“Emil wants to take the next step in his career.” Those ten words, uttered by the agent of RB Leipzig creator-in-chief Emil Forsberg, certainly will not have pleased the employers of the Swedish attacking midfielder. In exceptional form last term for the Roten Bullen, Forsberg is being chased by a number of big-spending Italian and English clubs and while he still has five years left to run on his current contract, he and his entourage clearly think they can force their way out. A no-holds-barred showdown could be imminent. In one corner, Forsberg’s representative Hasan Cetinkaya. In the other, RB CEO Oliver Mintzlaff.
2. KK crunch
Kevin Kampl, one of the most accomplished defensive midfielders in the Bundesiga, might just have played his last game for Leverkusen. The Slovenian international says he is determined to quit the club and made up his mind to do so when his mentor cum coach Roger Schmidt was sacked by the Werkself in March. “What happened to Roger hurt me and has left scars,” the 26-year-old told Kicker magazine. Leverkusen will not stand in his way, though will demand at least 30 million euros for him.