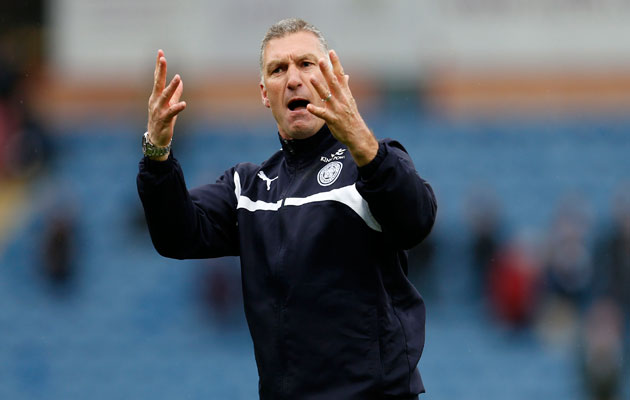 Nigel Pearson has apologised for his bizarre rant against a journalist following Leicester City’s Premier League defeat to Chelsea.

After complaining about the criticism his players had faced this season, Pearson was asked to specify what he meant by the local sports writer Ian Baker.

Pearson replied: “I think you must have either your head in the clouds, or been away on holiday, or reporting on a different team, because if you don’t know the answer to that question . . your question is absolutely unbelievable, the fact you do not understand where I am coming from.

However, a contrite Pearson started Thursday’s press conference, by apologising to Baker.

He said: “Ian, before we start, apologies for last night. I think it’s right to do it in front of the cameras rather than pulling you to one side, so I apologise for that and I hope it doesn’t ruin our relationship.

“I react, that’s it. I think it’s emotion as much as anything which again I am not afraid of. I’m not afraid of showing my emotions. I get labelled with certain titles, which is people’s prerogative to say what they want about me, and I’m happy to fight my own corner.

“But I will also accept when I have stepped out of line which is why Ian’s due an apology, it’s the right thing for me to do today. I wasn’t happy with losing the game, there we are. I don’t like losing. I felt for the players, they worked exceptionally hard again and tried to keep the run [of four straight wins] going.”

The journalist was happy to accept the apology.

I have accepted the apology. Fair play to him for being big enough to apologise. #lcfc