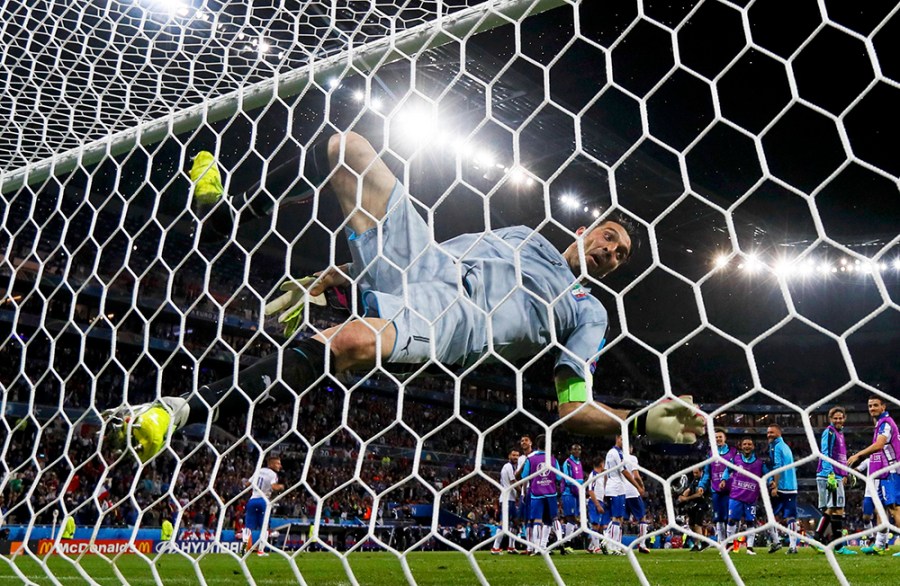 So, now it is official, or almost. Forty-year-old living legend Gigi Buffon has not played his last game for Italy. The 175-times capped Buffon, the fourth most capped (male) player in the modern game, may yet pull on the Italy shirt one or maybe two last times when Italy play prestige friendlies next month against Argentina and England.

Of course, following Italy’s traumatic elimination from this summer’s World Cup in Russia when losing that dramatic play-off to Sweden last November, most of us had thought that Buffon had finally reached the end of a remarkable international road.  The enduring image of that night at the San Siro was that of a distraught Buffon, weeping bitter tears of disappointment in the immediate aftermath of a defeat which had not only knocked out Italy but which had also just denied him a fairytale exit from the world scene by featuring in his sixth consecutive World Cup finals tournament.

However, there may still be an “encore”, after all.  The man to make this quasi-official news is none other than the current Italian national team coach, former Italy Under 21 coach, Gigi Di Biagio, the man who has been called in to take over the job in a “caretaker” role in the wake of the hapless Gian Piero Ventura.

Speaking at the Italian Federation training centre of Coverciano on Monday, as he prepared to lead his first squad session, Di Biagio made the not-exactly surprise announcement. Buffon will play in both the Argentina and England games, he said, adding: “I have spoken with a number of them (senior squad players).   Buffon’s story cannot end with that game against Sweden. It is a question of his own career record, of his prestige, of everything that he has given to our football. I have suggested to him that he plays two or three games more and then take a (definitive) decision further down the road… and so I can tell you that Buffon will most probably be in the squad for these two games in March.”

So then, the living legend gets another pair of high-prestige run-outs but does it end there? Are we about to witness another of those on-off, will-I, won’t-I protracted moments of indecision as we move towards the end of what has been a truly fantastic career?

One year ago, the peerless Francesco Totti probably did himself few favours when he played on for another largely irrelevant, little used and deeply frustrating season with AS Roma, in the process generating no small amount of tension and polemics for then Roma coach Luciano Spalletti.  Knowing Buffon, for what it is worth, we suspect that the great man will take his final (international) bow against England and Argentina and then depart.

The two “Gigi”, Buffon and Di Biagio, of course, find themselves in diametrically opposed situations. Whilst the peerless Buffon is coming to the end of his playing career, Di Biagio is about to get a “once-in-a-lifetime” chance to lead the national team. Asked about his own position, Di Biagio, hid no light under the bushel, saying: “You lot call me a caretaker manager. OK, call me whatever you want, but as far as I am concerned I am the national team CT (Commissario Tecnico) and the title you want to give me is the last of my problems. My first priority is to rekindle enthusiasm and joy around this team.

“Having said that, I bring a lot experience to the job, I already know 80 per cent of these guys, the players of the next cycle. After all in five years as U21 coach, I have called up 150 different players. I am not without ambition so I will be trying hard to make it difficult for the future Federation bosses.”

Right now, of course, Italian football is currently in an administrative limbo, given that the government of both the Federation and the Serie A League have been effectively suspended for at least the next six months in the wake of an inconclusive Federal electoral assembly at the end of last month. That failure, largely prompted by Italy’s World Cup exit, leaves a vacuum in which the highly capable Di Biagio might just flourish.

At the current moment, Italy could do much worse. With a view to the two forthcoming friendlies, Di Biagio indicated that some “senators” such as Daniele De Rossi and Giorgio Chiellini could still form part of his plans, whilst at the same time he suggested that the time for younger players like Federico Chiesa (Fiorentina) and Patrick Cutrone (Milan), both 20-years-old, is soon coming.

As for his legendary goalkeeper, well that is a problem for another day, probably some time next autumn. Watch this space.