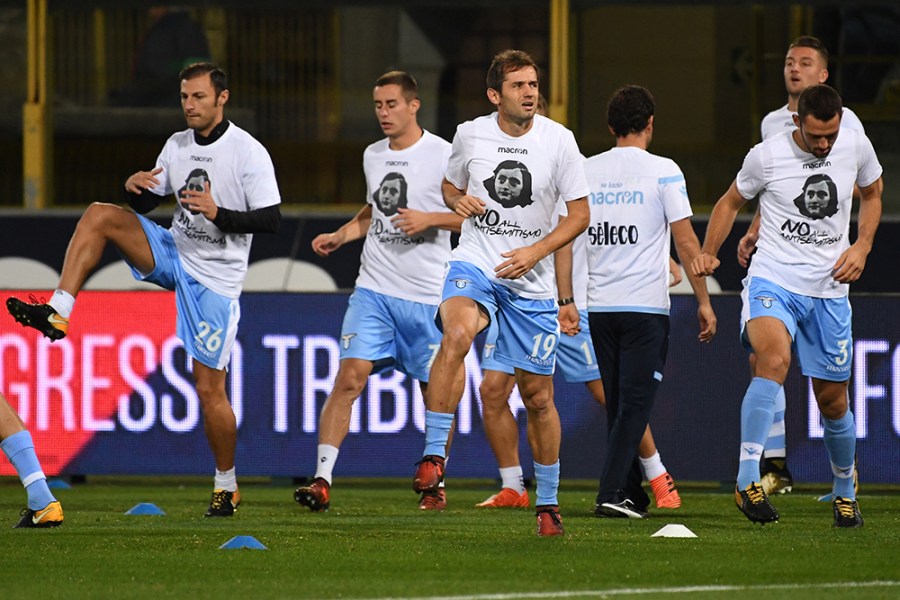 Last Thursday, Serie A side Bologna renamed the “curva” San Luca at the Dall’Ara stadium in Bologna after the great Hungarian coach, Arpad Weisz. For generations of football fans, the name Weisz will mean little or nothing, even though he won Serie A titles with Inter Milan in 1930 and with Bologna in 1936 and 1937.

Very much a “Special One” of his time, Weisz had been head hunted into Italian soccer at a moment when Hungarian football was much in vogue, seen as the football of the future. Remember, this was a football school which would come to full fruition some 20 years later when Puskas et al duffed England 6-3 in a famous November 1953 game at Wembley.

The reason to recall Weisz, however, is not linked to his undoubted sporting prowess. No, last Thursday, Bologna and Italy were paying a long overdue tribute to a coach who, along with his family, died in the Auschwitz concentration camp after having been forced out of Italian football by Mussolini’s 1938 racial laws.

History played some cruel tricks on Weisz. At the very moment when he was enjoying his greatest success in Italy, he fell victim of Mussolini’s racial laws, which essentially deprived Jews of fundamental human rights. Not only were they stripped of their assets, including above all property, but they were also excluded from public office and higher education. In short, if you wanted to stay on the right side of the Mussolini regime, then you did not employ Jews. Hence, Weisz lost his job at Bologna.

Arpad, wife Ilona, children Roberto and Clara, had to hurriedly abandon Italy, heading for Paris where he hoped his fame would find him a job. Unfortunately, this did not work out so some months later, he was happy to accept a job as coach to Dordrecht in Holland.

Here again, fate was cruel to the Weisz family because when Germany invaded Holland on May 10th 1940, the first place the Nazi paratroopers landed was Dordrecht. In 1942, with Holland under Nazi occupation, Weisz and his family were deported to Auschwitz where his wife and children died almost immediately and where he himself died in 1944.

Speaking at the ceremony to name the curva in his honour last week, the Mayor of Bologna, Virginio Merola said: “80 years on, we Bolognesi have to admit that we did not behave well, and we must apologise to our Jewish fellow citizens because, at that time, there was too much indifference, as well as complicity and zeal in the way in which people helped the Nazis deport Jews to the concentration camps.”

On a weekend of Auschwitz commemoration, the Mayor’s words were important. After all, only earlier this month, Serie A side Lazio were fined €50,000 euro following a display by Lazio fans of anti-semitic Anne Frank stickers at the Olympic Stadium, Rome last October.

Lazio distanced themselves from the fans in question whilst on the next Serie A day, Lazio players warmed up, prior to a 2-1 Bologna win, wearing T-shirts with an image of holocaust victim Frank and the words “No to anti-Semitism”. On that same fixture day, too, a passage from Frank’s diary was read before the matches.

The Weisz family tragedy is just a tiny detail in the overall, gigantic horror of the Holocaust. Within the confines of a football community that failed to protect him, however, it is a matter of shame. As both Bologna football club and the city of Bologna belatedly tried to atone for that shame last week, it is also worth speculating on football’s loss:

“Weisz was the Sacchi or the Mourinho of the ’30s, a huge innovator at a time when technical excellence was not determined by economic resources”, commented Bologna managing director Claudio Fenucci last week.

As a coach, Weisz was responsible for giving 17-year-old Giuseppe Meazza (the player after whom Milan’s San Siro stadium is named) his Serie A debut. In later years, the legendary Meazza would recall how Weisz introduced a stop watch at his training sessions, making the player do a series of sprints and then telling him: “Well done my little Peppino, but you can do better than that.”

In his later years, Meazza said of Weisz: “I was very, very fond of him and on the day that they told me he was dead, I felt as if I had lost a father figure.”

The loss was not that of Meazza alone.