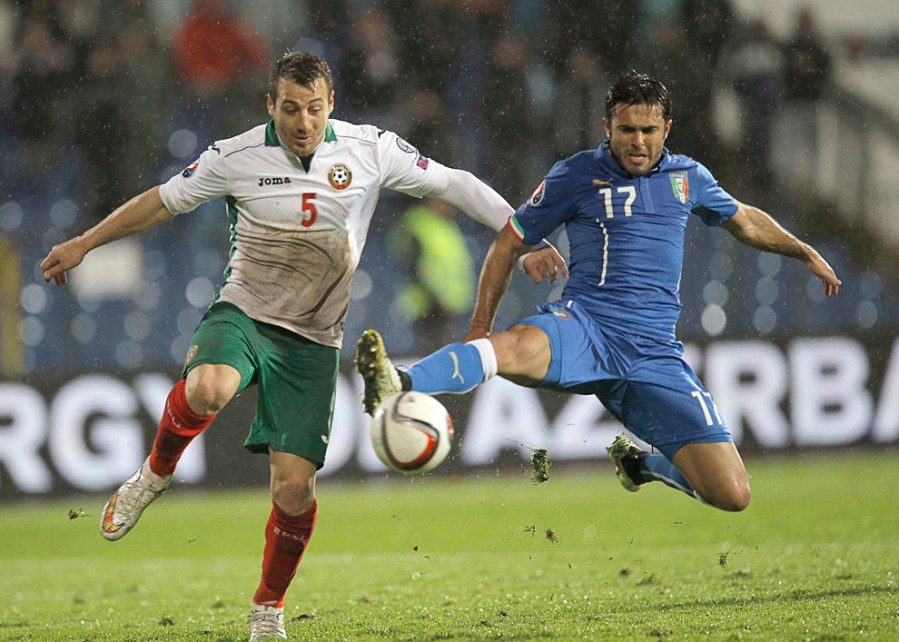 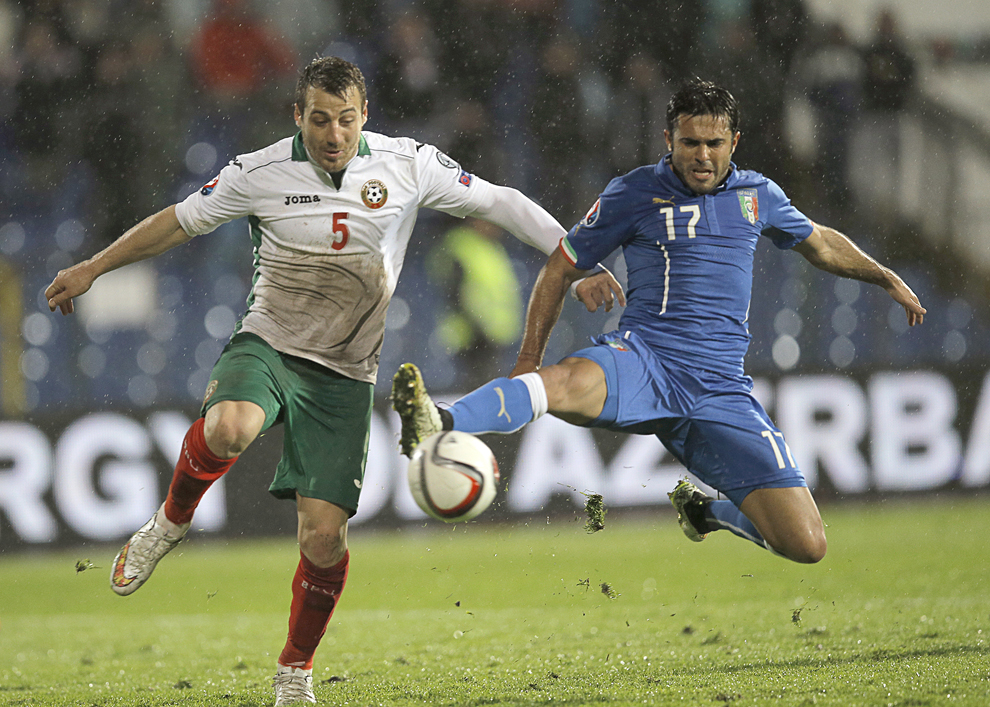 Italy coach Antonio Conte will field an experimental side for Italy’s prestige friendly against England in Turin on Tuesday night. In the wake of a difficult 2-2 away draw to Bulgaria in Saturday’s Euro 2016 qualifier, Conte seems certain to ring the changes, using the game to try out a number of promising squad players.

Goalkeeper Gigi Buffon, who missed out on the Sofia qualifier because of influenza, may again be replaced by Paris Saint-Germain’s Salvatore Sirigu. In defence, experienced Juventus man Giorgio Chiellini will probably be rested to make way for Torino’s Emiliano Moretti and Inter’s Andrea Ranocchia.

Italy’s midfield will bear no resemblance to the side which beat England 2-1 last summer in the first-round World Cup clash in Manaus, Brazil. Talisman Andrea Pirlo and Juventus star Claudio Marchisio are both injured, Lazio wideman Antonio Candreva will be rested while Roma stalwart Daniele De Rossi was not even named in the original squad.

In their absence, Italy will field a new-look midfield in which PSG star Marco Verratti continues in the Pirlo-playmaking role, but this time flanked by Lazio’s Claudio Parolo and Sampdoria’s Roberto Soriano. Defenders Ignazio Abate of Milan and Davide Santon of Inter, who were called up as replacements on Sunday, may well be asked to play on the midfield flanks in a 3-5-2 formation.
Conte’s attack also seems sure to be very much new look, led by Southampton’s Graziano Pelle alongside Sampdoria’s Italo-Brazilian Eder, the hero of the hour against Bulgaria. Coming on as a 58th minute substitute for his first cap, 28-year-old Eder scored a brilliant 84th minute equaliser to save the day for Italy. Conte had started the game with Sassuolo’s Simone Zaza and Borussia Dortmund’s Ciro Immobile in attack.

Eder’s goal partially ended a surprising polemic initiated by Internazionale’s experienced coach Roberto Mancini who was critical of the call-up of two “oriundi” – Eder and the Italo-Argentine Franco Vazquez of Palermo – to the national squad, saying: “My idea is that the Italian national team should be Italian. Germany does not have oriundi [non-Italian players with an Italian bloodline], all the German players are guys born in Germany. As far as I am concerned, only players born in Italy should play for Italy.”
In the wake of Eder’s vital goal, many commentators suggested that he had silenced his critics, pointing out anway that Eder is the eighth Italo-Brazilian (his great grandfather was Italian) and the 43rd “oriundo” in all to play for Italy. An interested bystander to the polemics was Brazilian team coach, Dunga, who told Gazzetta Dello Sport: “Eder was on my list of players to watch in Europe. I’ve seen some film of him playing for Sampdoria. He has some great touches, really Brazilian. Conte has picked him? Well, these days football is a global game and footballers take the best offer they get. The Azzurri have pulled off a good stroke. Eder is a guy who can score goals.”