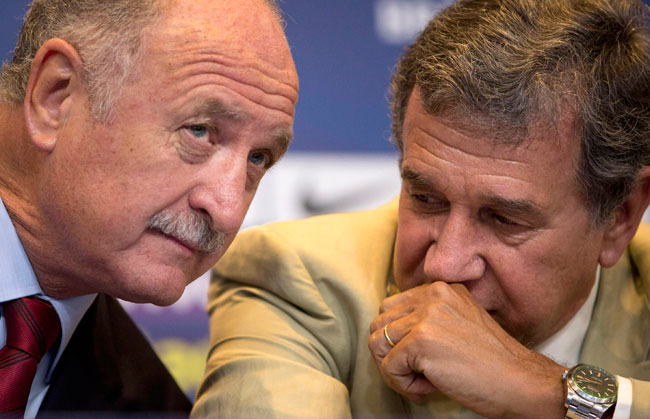 Brazil assistant coach and former world champion Carlos Alberto Parreira says it’s ”a joke” that the Brazilian government took so long to commence work on some of the infrastructure projects needed for the World Cup.

With less than five months before the tournament, Parreira said he is disappointed with the country’s preparations and accused the government of missing a huge opportunity to improve conditions for Brazilians.

Parreira told Radio CBN that he believes stadiums will be ready in time, but is disappointed that many of the infrastructure projects will not be completed until after the tournament has finished.

The 1994 World Cup-winning coach joins a growing list of former champions who have been critical of Brazil’s preparation.

So far only seven of the 12 World Cup stadiums have been completed for the tournament that opens in June, and there are still doubts whether Curitiba will remain a host city because of delays in its stadium. But, for Parreira, the biggest regret is the failure to improve the infrastructure of the country.

”We know the World Cup is about stadiums, but it’s not only about stadiums. Fans can’t live in a stadium,” Parreira said. ”They say everything will eventually be ready in 2018, 2020… but we wanted it ready for the World Cup to try to change this view that the foreigners have about Brazil.”

Parreira pinned most of the blame for the delays on the government.