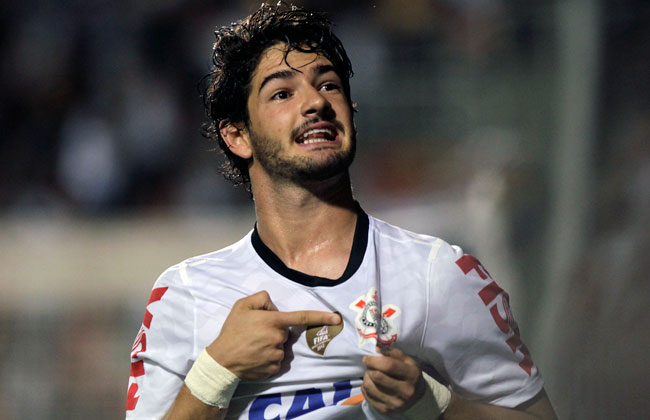 Alexandre Pato will soon be able to point at his Sao Paolo jersey.

Alexandre Pato was one of the players heavily criticised by Corinthians fans who invaded the team’s training centre to protest last weekend. There was even speculation that the fans intended to break the former Milan man’s leg during the attack. In the circumstances, it does not seem unreasonable that his agent, Gilmar Veloz, told Brazilian media that the striker didn’t feel safe anymore and wanted to leave.

Corinthians coach Mano Menezes stated on Wednesday evening: “If we have decided to do this, you understand that we consider it to be a positive thing. The arrival of Jadson gives us the chance to do what we want to do, and it is positive for Pato as well.

“Sao Paulo thought the same as us. Everyone involved, under the circumstances, understood that this was a positive move to improve things for everyone.”

Corinthians paid about 15 million euros to sign Pato from Mlian less than a year ago. The 24-year-old striker struggled to make an impact, however, and never became a starter at the popular club.

The 30-year-old Jadson was a member of Brazil’s squad that won the 2013 Confederations Cup, but his recent form has been disappointing.

As for Pato, one fears that at the age of 24, his best days may already be behind him. Plagued by injury during his Milan days, he has only shown rare glimpses of the scintillating form that convinced many pundits to identify him, at the age of 17, as the next big thing in world football.

The intervening years call to mind a remark made by his former wife, the Brazilian actress Sthefany Brito who, after their brief, unsuccessful marriage, cited Pato’s constant partying as the reason for their split.

Here’s a reminder of how good Pato was at 17.