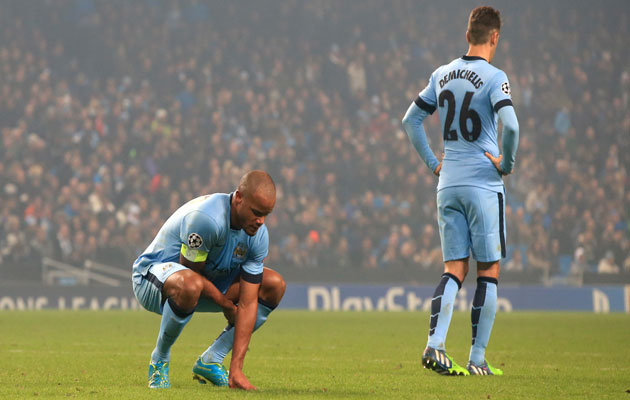 During Manchester City’s 2-1 home defeat to CSKA Moscow, a peanut butter sandwich turned out to be a bigger draw than the match itself.

One City fan was spotted pulling out a loaf of bread, peanut butter and a knife from under his seat (how did he manage to smuggle that past security?) and set about to creating a snack for himself.

If this image goes viral, one suspects that those City fans who have taken great delight in ridiculing their Manchester neighbours as the prawn sandwich brigade, will soon have to get used to being called the peanut butter sandwich bridage.

One Man City fan has resorted to making a peanut butter sandwich at the Etihad. pic.twitter.com/yyDTrXDcyn