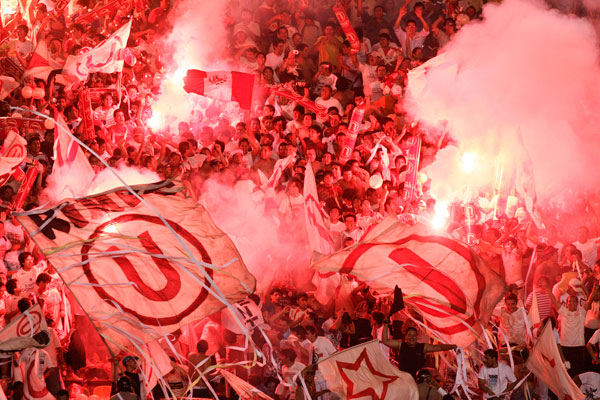 Peruvian champions Universitario had their Monumental stadium closed for 30 days on Monday after a teenager was shot during clashes between fans.

The youth died after being shot in the chest on Sunday, a local district police spokesman told Reuters.

“We are investigating … The accusations and accounts we have are that (the fighting) was over control of tickets,” the spokesman said.

He was referring to free tickets clubs give their hardcore fans, who are in many cases divided into  rival factions.

The incident occurred before Universitario’s 3-1 defeat to Sport Huancayo.

“While there are no guarantees to avoid violent acts, we won’t give (the club) a licence to operate,” Ate district mayor Oscar Benavides said.

Benavides said that Universitario, one of Peru’s biggest and most popular clubs, had 30 days to submit a report on security at the stadium.

This is not the first time the authorities have forced the club to close the stadium following the death of a supporter in violent clashes.

In 2011, a supporter of the Alianza Lima club, was thrown about off the balcony by hooligans from Universitario.