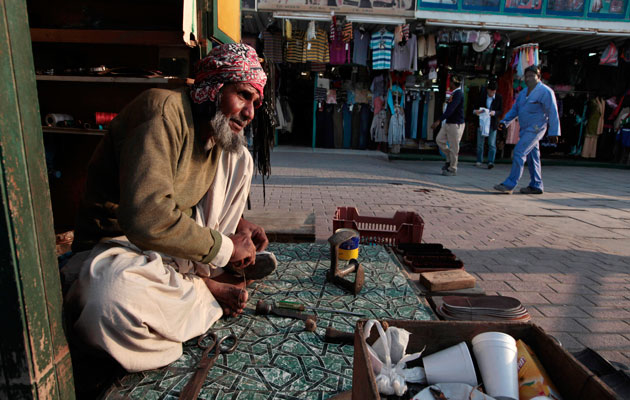 Organisers of the 2022 World Cup in Qatar say they are “dismayed” by reports that migrant workers who fitted their offices have not been paid in over a year.

Workers from the Indian sub-continent claim they are still owed 13 months’ wages after the contractor collapsed.

Some workers had been left stranded in the country, working for as little as $0.85 a day (50p), The Guardian said.

In May, Qatar vowed to improve the rights of migrants in the Gulf state amid growing concern at their treatment.

But the Guardian found migrants who had worked on the Qatar 2022 offices in the Al Bidda skyscraper in Doha – known as the Tower of Football – were still waiting for their pay.

The wages, the workers told the Guardian, amount to a paltry $10 per day.

To get by, the migrant workers have reportedly been living in squalor on mere pennies per day. the Guardian writes:

“The migrants are squeezed seven to a room, sleeping on thin, dirty mattresses on the floor and on bunk beds, in breach of Qatar’s own labor standards. They live in constant fear of imprisonment because they have been left without paperwork after the contractor on the project, Lee Trading and Contracting, collapsed. They say they are now being exploited on wages as low as 50 pence (85 cents) an hour.”

The Qatar 2022 project was carried out by migrants working for the contractor Lee Trading.

But Lee Trading’s collapse led to Amnesty International raising the case with Qatar’s prime minister last November after many of the workers were left stranded and without pay.

Five of the workers have since been arrested and imprisoned after being left without ID papers.

In a statement released on Monday, Qatar 2022 said it was “heavily dismayed to learn of the behaviour of Lee Trading with regard to the timely payment of its workers.”

Officials said they relayed the concerns raised by Amnesty to the “relevant authorities” last year and insisted they would “continue to press for a speedy and fair conclusion to all cases.”

The budget for the 2022 World Cup has been estimated at $200 billion. Surely if a speedy and fair conclusion was a priority, officials would not find it too difficult to compensate these workers the relative pittance they are owed.

We are talking about the equivalent of less than a week’s wages for David Luiz – recently signed to Qatari backed Paris Saint-Germain. And if anyone thinks a week’s worth of David Luiz is worth more than dozens of hard working labourers, then show them the video of this.