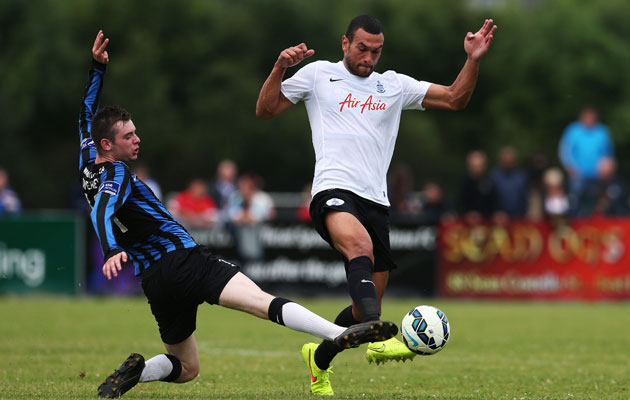 Queens Park Rangers defender Steven Caulker was arrested after being wrongly accused of stealing a tub of Philadelphia cheese from local supermarket.

Caulker was reportedly handcuffed outside the Tesco Express in Weybridge, Surrey, having left the shop with a tub of the soft cheese, worth £1.85. He was returning to the shop with the cheese when police arrived.

A witness told the Sun: “He had left the Tesco Express then turned around and gone back in. That was when the police arrived, jumping from their squad car and handcuffing him. He looked pretty alarmed.

“They were going on about cheese – Philadelphia. There were a group of lads watching from across the street who immediately recognised him, and thought it was hilarious.”

Caulker was immediately released, and a Surrey police spokeswoman confirmed no crime had been committed: “There was some confusion between staff about payment.”

A Tesco spokesman said: “Police were called after an allegation of shoplifting last Tuesday. The matter was resolved at the store and our store colleagues decided not to press charges.”

It’s not the first time that cheese has made the football headlines this week. In the wake of Felix Magath’s sacking as Fulham manager, his unconventional medical advice involving cheese soaked in alcohol, was cited as an example of his maverick training methods.