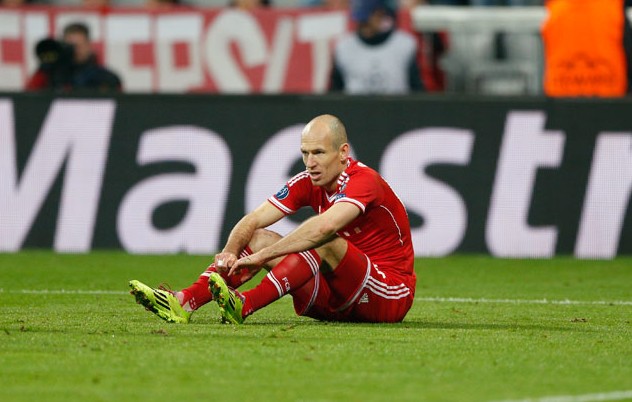 “(Arjen) Robben is very good at getting the maximum of nothing. He’s a great player as well a very good diver but it’s part of him.”

Even Robben’s closest friends and family members would not deny that  when in the vicinity of the penalty area, the Bayern munich forward has an annoying propensity to fall to the ground easily and theatrically.

This effort against Bayern Munich showed Robben at his worst

But, there are times, last night’s penalty being a prime example, when he is actually fouled.

Sadly, Wenger seems incapable of accepting that his side were outclassed over the two legs. Almost 18 years since he took over at Arsenal, we are still awaiting an admission from the manager that his team was beaten fairly and squarely by a better team.