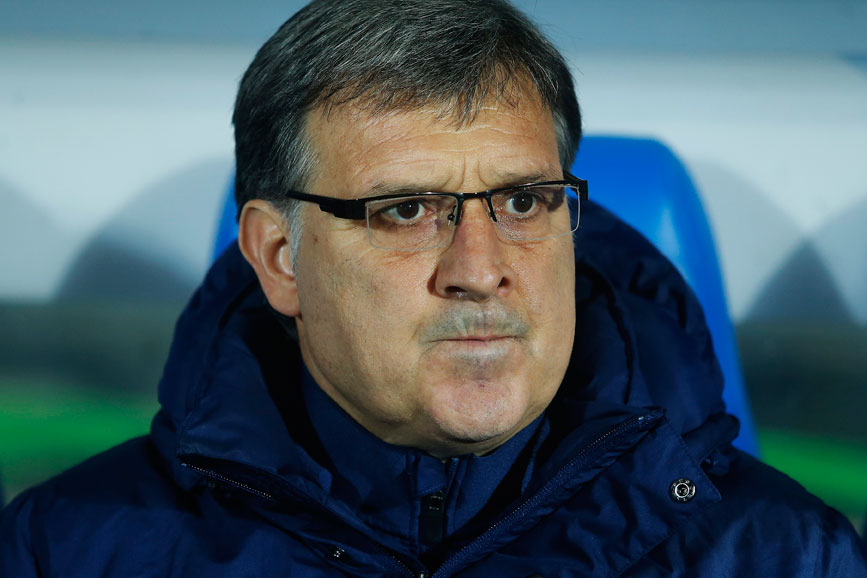 In the wake of Barcelona’S 3-1 defeat to Real Sociedad on Saturday, there have been murmurings about the future of coach Gerardo Martino, with some reports claiming the Argentine will be gone in the summer.

But, according to midfielder Andres Iniesta, the players and the club are committed to the coach for the long term or, as he describes it, “until the death”. Although, not literally, one presumes.

“The coach trusts the team to win and he always wants the best for his team, therefore, the players have no doubts regarding the coach. On the contrary, we are with him to death. We played really well in the matches leading up to this weekend, but the defeat to Real Sociedad was tough. The players and the coach are, in the end, responsible for everything,” the Spain international told Barca’s official website.

All crises are relative, but in Barcelona’s case they are more relative than most. What Manchester United wouldn’t give to be three points behind the league leaders, finalists in the Cup and with one foot in the quarter-finalists in the Champions League. In fact, at the moment, they’d settle for one of the three.

Tellingly, no Manchester United player has yet pledged to stick with David Moyes ‘to death’.