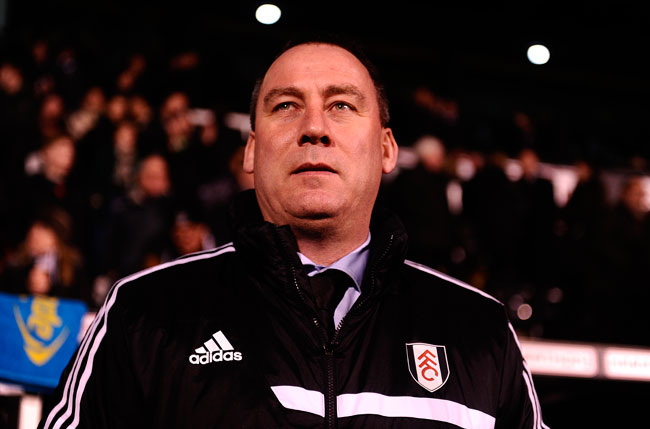 “We know we only have ourselves to blame. We need to look in each other’s eyes and dig ourselves out of it. Have we hit rock bottom? We probably have. We could have played until next month and not scored a goal

Fulham head coach Rene Meulensteen believes his side can fall no further after Tuesday’s FA Cup replay defeat to Sheffield United – a side languishing second bottom of the league two divisions below them.

Meulensteen must hope this is as bad as it gets for Fulham – the phrase ‘rock bottom’ traditionally marks the place where a person has nothing left to lose in terms of possessions, status and wealth. But a quick perusal of the league table reveals a Fulham side rooted to the bottom with plenty more to lose. Indeed a a loss of Premier League status will guarantee a simultaneous loss of wealth.

Like those suffering from addiction, Meulensteen’s belief that the worst is over appears to be a case of wishful thinking.

The appointment of the Dutchman to replace his fellow countryman Martin Jol came with Fulham occupying 18th spot in the Premier League – a perilous position, but not a forlorn one. Now, 10 weeks on and with an almost identical league record to that of his predecessor (3 wins, 10 losses from 11 games, as opposed to Jol’s 3 wins and 1 draw from 13), Fulham lie 20th, which, when allied to a humiliating FA Cup exit, makes the decision to dispense with Jol all the more foolhardy.

That rash decision may come back to haunt Fulham owner Shahid Khan. The Pakistan-born American billionaire also owns NFL outfit the Jacksonville Jaguars, and one hopes for his sake that someone warned him that unlike in American Football, there is relegation in English football.