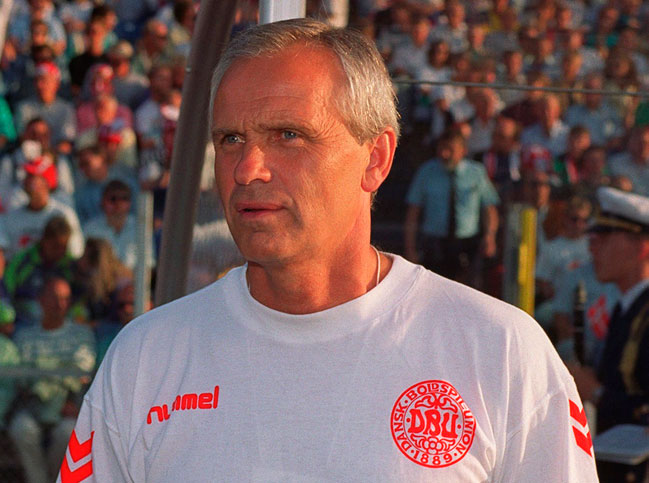 Richard Moller Nielsen, who led Denmark to the European Championship in 1992, has died aged 76, the Danish football association has confirmed.

Moller Nielsen had been ill since undergoing an operation for a brain tumour in July last year.

After ending his seven-year playing career with Odense, he went on to coach several Danish clubs, as well as the Finland and Israel national teams.

The undoubted highlight of his career was Euro 92 in Sweden, when Denmark a late replacement in the tournament for the former Yugoslavia, went on to secure the title with a 2-0 victory over favourites Germany in the final.

Peter Schmeichel, their goalkeeper in the final, called Nielsen “an inspiration, my teacher and my friend”.

He added: “Rest in peace my friend.”

Moller Nielsen is survived by his wife Jonna, children Birgitte, Christian and Tommy and six grandchildren.

His family expressed their gratitude on www.dbu.dk for all the messages of support received throughout Moller Nielsen’s illness.

Here’s footage of Moller Nielsen, along with two of the team’s stars, Brian Laudrup and Schmeichel, discussing that remarkable triumph.

Below that you can see highlights of their final victory during which Schmeichel in particular, performed miracles to keep the highly fancied German team at bay.