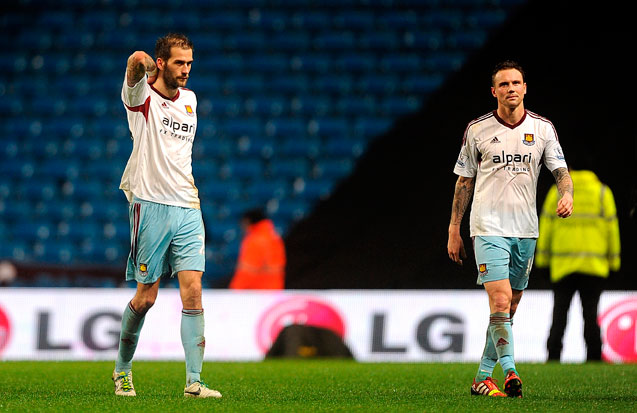 Roger Johnson traipses off the pitch after West Ham’s 6-0 defeat to Manchester City in the Capital One Cup semi-final first leg.

Poor Johnson, signed by the injury-hit Hammers the day before Wednesday’s tie and allegedly recruited to deal with City’s aerial threat, he was patently ill equipped to cope with the multiple threats posed on the ground. And football, much to Johnson’s evident discomfort, is still a game played largely on the ground.

After the game, Johnson threw his shirt to the West Ham fans but suffered the ignominy of having it returned.

The 30-year-old moved to Upton Park on loan for the rest of the season with West Ham second bottom of the Premier League and faces a fourth straight relegation after two with Wolves and one at Birmingham.