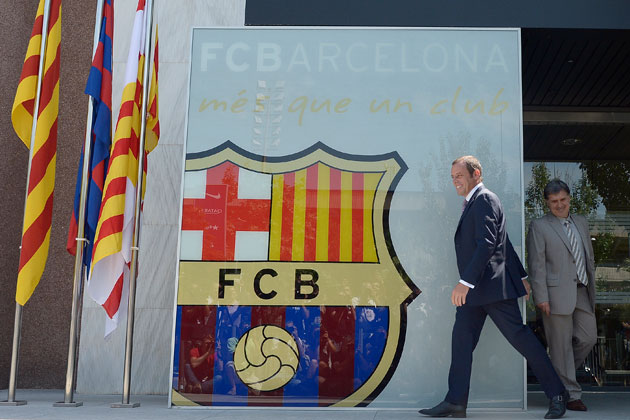 Barcelona president Sandro Rosell is to resign in the wake of a Spanish court’s decision to investigate the signing of Brazilian striker Neymar last year, Spanish media reported are reporting.

Rosell is believed to have met with fellow board members on Thursday and Spanish media report that he intends to stand down.

A member of the fan-owned club, Jordi Cases, alleges that Rosell misappropriated funds by hiding the real cost of the transfer – announced last year as 57m euros (£47m) – behind false contracts.

Rosell is accused of misappropriation of funds, an offence outlined in Article 252 of the Penal Code in Spain. If found guilty of such a charge, Rosell could face imprisonment for anywhere between one and eight years.

The Barca president has shown his willingness to give evidence. He said in a press conference on Monday: “I would ask the judge to accept the complaint and to call me to testify.”

According to reports, Rosell will step down to save the club’s reputation.

Barcelona have refused to comment on the reports but have announced that an emergency board meeting has been called for 6pm local time.

If he didn’t benefit personally from the deal he , e certainly knows where the bodies are buried. Possibly in the club’s newly created mausoleum.