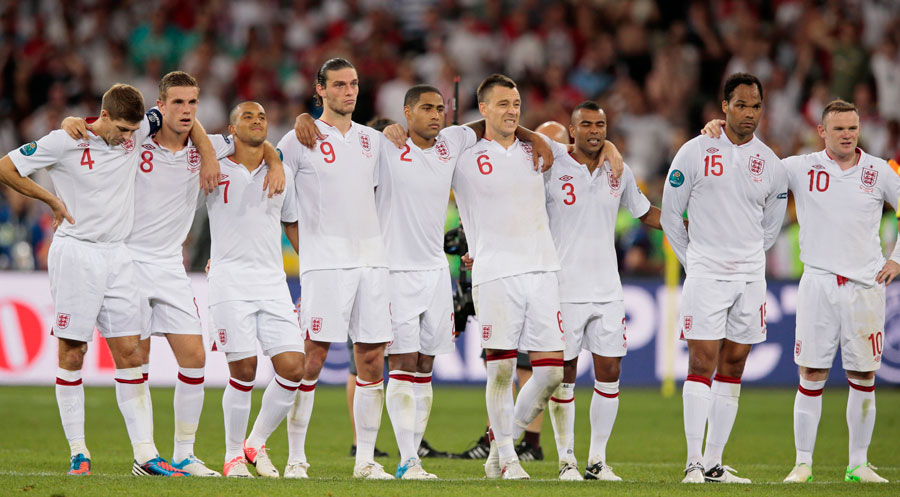 England manager Roy Hodgson is contemplating employing a psychologist to help his side avoid their customary penalty shootout exit at the World Cup in Brazil later this year.

“I’m not averse to using a psychologist,” the 66-year-old told Sky Sports.

“We are considering the possibility of inviting someone with us but I think it’s very important they’re someone who is part of the group. I’m not sure just suddenly shipping someone in to give the players a lecture would work.

England have a desperately poor record in penalty shootouts, having been knocked out of six tournaments since 1990 in such a manner. These exits are often described as cruel or unlucky, although the repeated failure to convert from 12 yards says less about their ill fortune and everything about the players inadequacies. Once is happenstance, twice a coincidence, three times…bad technique.

Their only success in that period came in a quarter-final win over Spain at Euro 1996, and Hodgson said he was prepared to use the help of a professional, as well as spending time practising on the training pitch.

“I think there’s another possibility, we should be encouraging players to know their penalty, to practise that penalty. When you practise penalties within your group the goalkeeper knows the players, so maybe we won’t do it with a goalkeeper.

“It’s a matter of how we assure ourselves that when those players go up they are as well prepared as they can be. In the final analysis it will be their character, their confidence and their ability to block out tomorrow morning’s headlines.”

“Some players are good at that, other players find it harder. If a psychologist can find a way of getting a player to block that out we’ll be very, very happy.”

This would not be the first time that England have turned to outside help to assist with their preparations for a major tournament. I hesitate to use the words ‘psychologist’ or ‘professional’ when discussing the faith healer Eileen Drewery, who was employed by England coach Glenn Hoddle in the build up to the 1998 World Cup. And we all know how that ended up…

England have been drawn alongside Italy, Uruguay and Costa Rica in Group D in Brazil. And looking at that draw, one can certainly see that Hodgson has clearly embraced the kind of  Positive Mental Attitude beloved of faith healers and followers of obscure religious cults. That can be the only explanation for him thinking England will need help in a penalty shootout…no one else thinks they have a chance of getting out of their group.