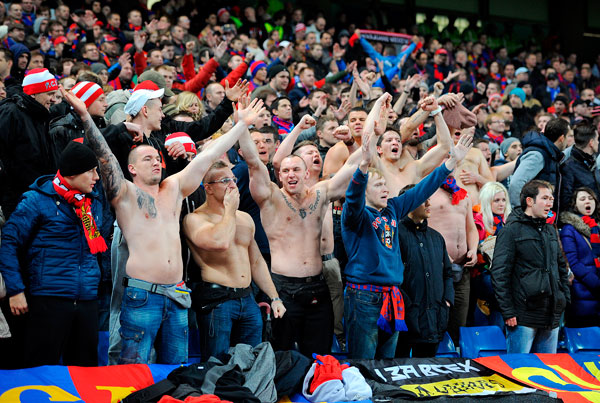 Gazzaev was speaking after meeting with representatives from England, including the general secretary of the English Premier League, Nic Coward, as well as leading figures from broadcast organisations.

“We talked in detail for a long time about how they create and implement the football infrastructure for the best league in the world at the moment,” Gazzaev said.

Admittedly, there were more matches played and the average attendance in Russia was higher, but the fact remains that only 13,000 on average attend each Russian Premier league match.

“The performances of the national team and Russian clubs playing in Europe needs to improve. This is fundamental and without it there won’t be supporters, success, or financial security,” the former CSKA Moscow head coach said.

Although, a cursory glance at the performances of the English national side in recent years, appears that there is little correlation between international success and Premier League attendances. If anything, the worse England perform at major tournaments, the more people watch football at club level.

Which bodes well for the Premier next season.