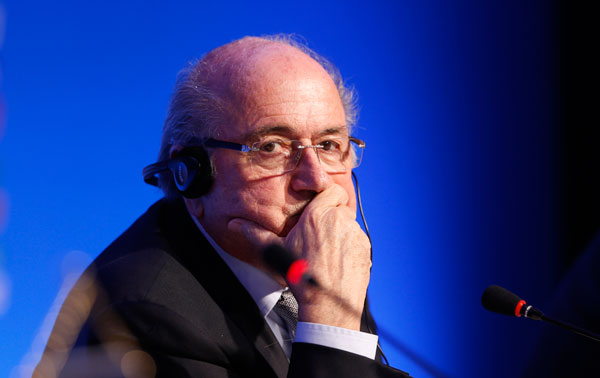 FIFA president Sepp Blatter has lashed out at 2014 World Cup host Brazil over its repeated failure to meet deadlines.

Half of the 12 host stadia have failed to meet the December 31 deadline, with the delays further affecting infrastructure work for this summer’s finals.

Blatter noted that Brazil had seven years to get everything ready in time, while previous hosts have normally had a maximum of six.

“No. Brazil has just found out what it means and has started work much too late,” Blatter said.

“No country has been so far behind in preparations since I have been at FIFA even though it is the only host nation which has had so much time – seven years – in which to prepare.”

Brazil also garnered negative headlines last summer during the Confederations Cup after the tournament was marred by widespread protests.

Blatter expects more of the same at the World Cup, though he is confident that the tournament itself will not be disrupted.

“I am an optimist not a pessimist,” he continued. “So I am not worried. But we do know there will be again be manifestations, protests. Those during the Confederations Cup – in this same country – were generated out of the social networks.

“There was no specific goal but during the World Cup the protests will perhaps be more concrete, more organised. But I also believe the football will be safe, I do not believe that Brazilians will attack the football directly. For them, it’s a religion.”

Responding to Blatter’s comments, Brazil president Dilma Rousseff claimed that both the Brazilian people and the visiting millions have faith in the preparations. If we are down to relying on faith, then the situation really is much worse than we’d imagined.

“Tourists will have the opportunity to get to know this multicultural and thriving country,” Rousseff said. “A Brazil that is facing the challenge of ending poverty and creating opportunities for all. The demand for tickets to the games – the largest in all Cups – shows that fans around the world rely on Brazil. We love football and for that reason we will host this Cup with pride and make it the Cup of all Cups.”

Ending poverty and creating opportunities for all? A piece of cake compared to the difficulty of getting 12 World Cup venues built on time.