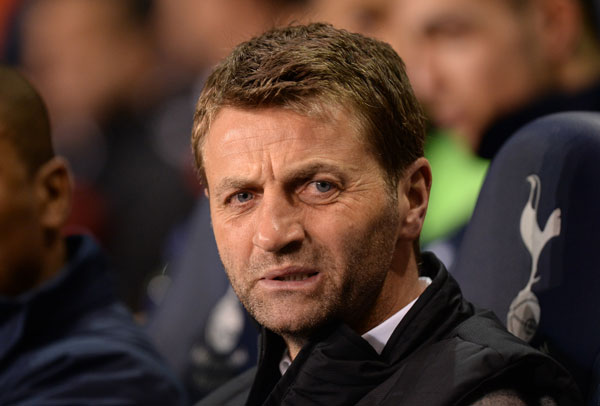 “I thought his team were very good, got a lot of class. It’s a pity he doesn’t.”

Portuguese Jesus celebrated his side’s third goal in front of the Spurs boss by raising three fingers in apparent reference to the score.

Sherwood confronted Jesus and the pair refused to shake hands at full-time. A mature exchange between two men, it most certainly was not.

Explaining his spat with Jesus, Sherwood said: “In the first two minutes, he was coming over to the fourth official saying I was stepping in his box.

“He doesn’t mind himself, does he? Waving goodbye like that with three fingers? It lacks class. Why would anyone do that?”

Jesus claimed the three-fingered gesture referred to goalscorer Luisao, although the Brazilian wears number four. He also suggested, somewhat disingenuously, that the problem between the two coaches was due to the two benches being too close together.

“In Portugal, we have more space apart and we can demonstrate ourselves in our own way,” he said.

“When at some stage I invaded Tim Sherwood’s personal space, he told me to go to mine. He did the same to me, but it was no more than that. It was quite pleasant in the end.”

Tottenham face local rivals tottenham at the weekend. If Arsenal score, don’t be surprised to see their fans celebrating the goal in the style of Jorge Jesus.