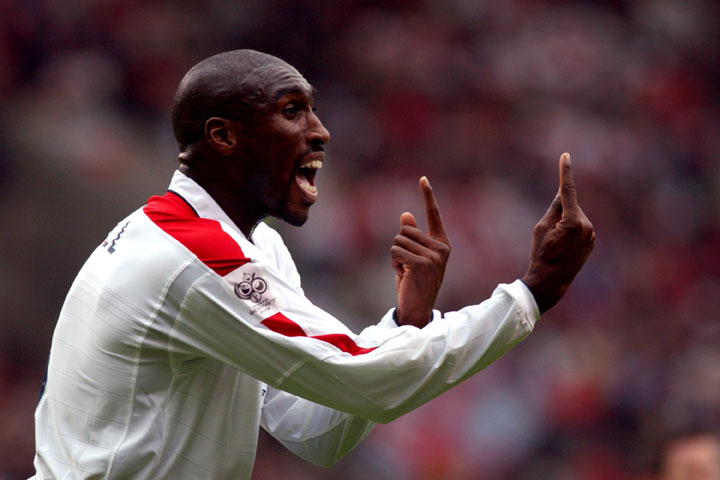 Former England managers Sven Goran Eriksson and Graham Taylor has dismissed Sol Campbell’s claim that he was not picked as national team captain because of his race.

Campbell, 39, claims he could have captained England for 10 years if he had been white instead of black.

Campbell said in his authorised biography, which has been serialised in The Sunday Times, that he was particularly upset that Michael Owen was asked to stand in for Beckham as captain on eight occasions under Eriksson.

He said: “Owen was a fantastic forward but nowhere near being a captain. It was embarrassing. I kept asking myself, ‘What have I done?’ “I’ve asked myself many times why I wasn’t [made captain]. I keep coming up with the same answer. It was the colour of my skin.”

But Eriksson, who picked Campbell 32 times during his five years in charge of England, insisted the FA put no pressure on him not to select the defender as captain.

“Not a chance – during my years, not a chance,” the Swede said. “As you know, from my first to my last game, I had David Beckham [as captain] and there were never, ever any discussions at all in the team or in the FA about the captain.”

Similarly, Taylor, who managed the national side between 1990 and 1993, said that he had not come under any pressure to pick a white player as captain.

He told BBC Radio 5 live: “I never had any influence on me to select who should be captain, regardless of the colour of his skin.”

“I gave Paul Ince the captaincy when Stuart Pearce was injured,” he said.

“No one from the Football Association ever gave me an impression that I shouldn’t have given the captaincy to him. There was none of that in my managerial career.”

Former Arsenal and Tottenham defender Campbell, who won 73 full caps for England between 1996 and 2007, and was captain three times.

Taylor suspects that Campbell has spoken out now because he has a book to sell. It’s a cynical claim, but in the absence of any compelling evidence to the contrary, it is one that carries some weight.

“Sol is making a real go of giving his book a good sell,” said Taylor. “I cannot go along with what he is saying.”

Interestingly, Campbell made a similar claim when discussing his chances of coaching, in an interview with the Guardian last year.

“I want to start abroad,” said the 39-year-old in an interview with the Guardian. “There are no opportunities for me here, not until attitudes change anyway. Everyone has to ask themselves why there are not more black managers in this country and why the likes of [former Sheffield United striker] Brian Deane have to go abroad [to Sarpsborg 08 in Norway] to get a chance.

“I’ve spoken to other black players who want to coach and they feel the same, that attitudes here are archaic. I hope and pray the environment changes.”

Campbell says that the FA have snubbed his offer to help the England team in a coaching capacity, just as they did with his playing career.

“I gave my heart and soul for the national team but the FA were not there for me when I had problems,” he said.

“Even after that, I still wanted to do something with the England setup, and they said they were interested, but the interest went cold. Suddenly, Gary Neville pops up as assistant manager. It’s obvious they want nice people who won’t cause them any problems. I put out an olive branch and it got broken, but whatever, I’m ready to move on.”

The issue of Campbell’s captaincy seems pretty much a non-event. The senior players when he first arrived on the England scene were Tony Adams and Alan Shearer, both of whom led the side through example and deeds respectively. By the time Campbell matured into a candidate for captaincy, the position had become a PR role rather than a footballing one. With David Beckham newly emerged as football’s most iconic figure, Campbell was never going to get a look-in.