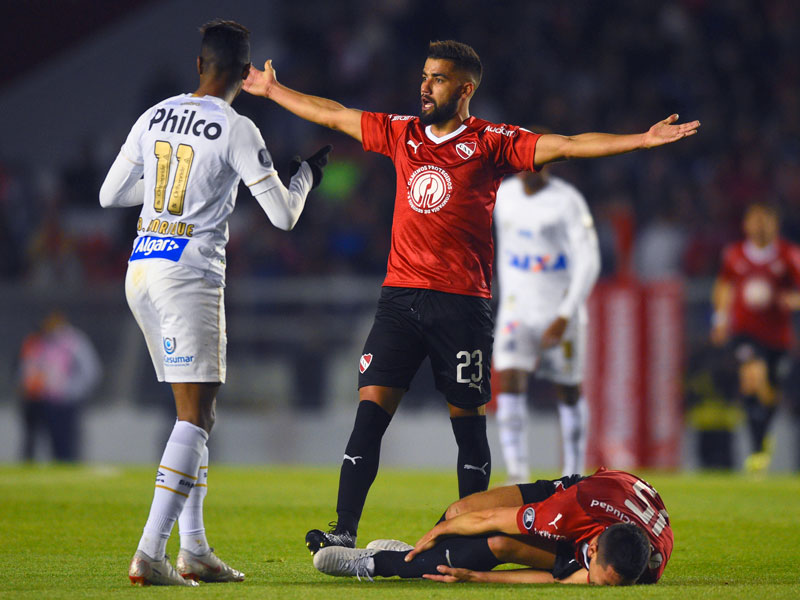 Some goalless draws are enthralling games. Last week’s meeting in the Copa Libertadores of Independiente and Santos was not one of them.

The Argentina v Brazil clash is one of two clubs with magnificent Libertadores tradition – they can count ten titles between them. And both currently have interesting teams, with promising young talent. But Santos went through the game without managing a single shot, on or off target.  With home advantage, Independiente did a little better. But amid the time wasting, wild tackles and complaints, there was precious little time for any football to emerge.

Independiente coach Ariel Holan lamented the quality of the spectacle the day afterwards. “We complain about making no progress in the World Cup,” he said, “but matches like yesterday’s show the rubbish that South American football has very often become.”

It is a bold declaration, an honest one and probably a necessary one too. Brazil’s 1970 great Tostao warmed to the theme in his column on Sunday, arguing on the need for players in his country to have more psychological help. The comparison with the Europeans in this aspect, he says, is not flattering. “This is evident,” he wrote, “right from the start of some games, by the intense edginess, the lack of lucidity in choices made and basic technical errors. One of the reasons,” he continues, “is the enormous pressure they are under to win, much more than the Europeans, as if they were going to a war. It is a case of win or die.”

This, of course, makes for an ugly spectacle. When winning is the only aim, and considerations of ‘how’ are placed to one side, when anything goes, then the quality of the game inevitably suffers. In Brazil’s sports daily ‘Lance!’ Eduardo Tironi recently explored this theme. Musing on the recent match between Barcelona and Boca Juniors, he concluded that “there is a stupendous difference in the quality of the game [on both sides of the Atlantic] that cannot only be explained by the financial question.”

It would seem clear that as club football in South America has been stripped of more of its individual talent, consequently more emphasis has been placed on drive, guts and will to win.

What is harder to explain is why television had not had the same effect on both sides of the Atlantic.  In Europe the transformation of the game into a mass televised spectacle has not only had a huge effect on the finances of the game. It has also modified the way that football is played. Pitches are much better, there has been a crackdown on tough tackling, pro-active, attacking teams are all the rage – all in a bid to produce an end product capable of appealing to millions of neutrals as well as die hard supporters.

South American football is just as, if not even more dependent on TV money. But this has had no sanitising effect on what happens on the field. Goalkeepers continue to waste untold minutes writhing around in fake agony and too many matches are played in a depressingly bleak spirit, producing a spectacle with little chance of attracting a worldwide audience.