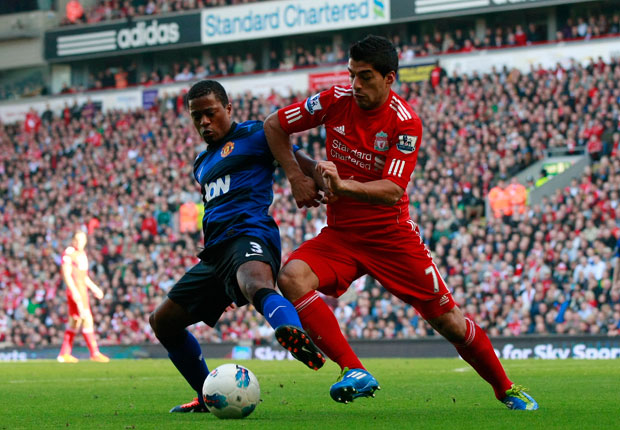 Luis Suárez has again pleaded his innocence in the race row with Manchester United defender Patrice Evra, by saying he has no regrets over the allegations which he described as “all false”.

The Liverpool striker was banned for eight games after being found guilty of racially abusing the Frenchman in 2011. However, Suárez has always denied the charges. Although, in all honesty, given the repurcussions for his future career of him admitting he did racially abuse Evra, then what else could he say. The can big enough to contain that many worms has not yet been invented.

Suarez told Uruguayan radio station Sport890 AM: “Let me tell you, I’ve made only two mistakes in my career. My first was when I was playing for Ajax and I bit an opponent. My second was when I bit [Branislav] Ivanovic [against Chelsea].

“The case with Evra was all false. I was accused without proof. But that’s in the past. I was sad at that moment, but I’m happy today. I have grown up. I have thought more about things before doing them.

Suárez’s case was not helped by his apparent refusal to shake hands with Evra the next time the pair met.