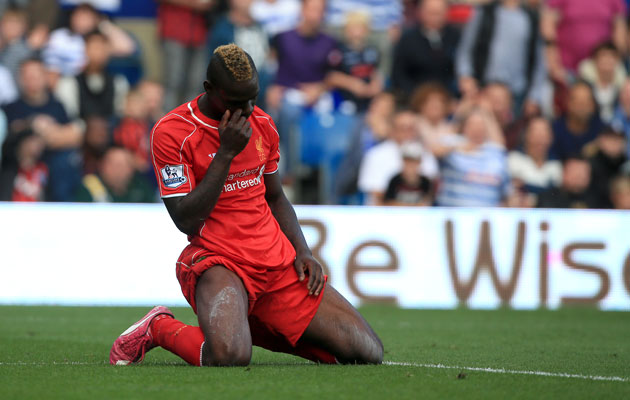 Brendan Rodgers has defended summer recruit, Mario Balotelli, after the Italian striker once again drew a blank in Liverpool’s 3-2 win over QPR on Sunday.

Balotelli has failed to score a league goal since joining Liverpool in August and has scored just one Premier League goal in his last 26 matches.

Having joined Rodger’s team fro Milan in a £16 million deal, Balotelli has attracted criticism for his performances thus far and was ridiculed for one particular miss against bottom-of-the-table Rangers.

The Liverpool boss has asked for patience for his misfiring striker, and said that the goals will eventually come

“It’ll drop for the boy,” Rodgers said. “The most important thing to me is his work rate. He’s working really hard. It’ll drop for him.

“He’s seen as a direct replacement to Luis [Suarez]. I’ve said before, Luis is irreplaceable, a real world-class talent.

“That’s not what’s being asked of Mario. He’s a great boy, I’ve enjoyed working with him. He wants to be better. He’s a completely different player to Luis.”

Despite his patchy form, Balotelli remains convinced that he is popular among Liverpool fans.

“I can see already that the Liverpool fans really like me, although I know that maybe they are a little upset because I don’t score,” Balotelli told Sport Magazine last week.

In which case, Balotelli would be advised to give Twitter a wide berth today.