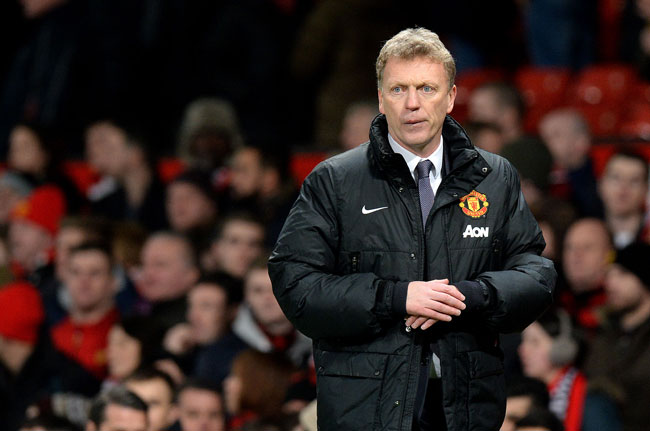 David Moyes acknowledged that Manchester United hit a fresh nadir on Sunday when they dropped points at home to bottom-of-the-table Fulham.

The visiting manager, René Meulensteen, who left the champions’ coaching staff in the summer, was also critical of United, branding their continual crossing as easy to defend against.

Moyes’s side trailed struggling Fulham for much of the game following Steve Sidwell’s opener, until the equaliser from Robin van Persie, on 78 minutes. Then Michael Carrick’s goal moments later looked to have earned United a much-needed win. However four minutes into added time, Darren Bent headed in from close range to secure a draw for Fulham, a goal Moyes described as “diabolical”.

With United now nine points from a Champions League place, the manager admitted he did not expect his inaugural campaign to be so difficult.

“Probably not, no,” Moyes said. “Today was as bad as it gets. How we didn’t win, I have no idea. It’s goals that count. You can have as much possession as you like.”

United managed a Premier League record of 81 crosses on the day, but for all their possession they rarely looked like breaching a well organised defence. In contrast, Fulham scored twice from their 3 chances.

Moyes admitted that United’s failure to convert possession into goals had been a perennial problem this season.

“I agree,” he said. “Quite often you’ve seen similar games here where we have been the better team by far, the opposition have got a goal from a set-piece or on the break and then we’ve been chasing it, but we thoroughly deserved to win the game.

“Even when it was 2-1 and they put five minutes [of added time] up Fulham never came up the pitch, they left us with the ball. So it was nearly a case of just playing out time and we gave away a diabolical second goal. If we had one failing it was that we should have gone to win 3-1. You could use maybe mental softness that we didn’t see the job out and get the job done. I would agree with that.”

Moyes denied that United’s plan was merely to pump cross after cross into the penalty area.

“It was never one way,” he said. “If you’re just going to look at the stats and think about the crosses you need to think about the number of passes and I don’t think we just went out and crossed the ball. Some people might say that one of the things that Manchester United do is play with width and cross the ball, that’s in the genes here.”

Maybe, but so too is winning football matches and many more results like this and Moyes, decent man though he palpably is, will struggle to resist the calls for him to be sacked.

Fulham boss Meulensteen, who endured his own rock bottom moment in last week’s FA Cup defeat to Sheffield United, was scathing in his assessment of united.

“When I saw Manchester United today I thought the game plan was quite straightforward – get it wide, get it in, whether it was from the full-back pushing on or the supporting wide man and midfielder,” he said.

“If you’re well-organised and the goalkeeper is in good positions to come and collect the ball at times, yeah, it can be easy.

“You need a little bit of creativity and a bit of variety at times to open [teams] up. The first goal they scored was from a ball that was in a second phase, fell and was a sort of pass across the goal that got tapped in. And the second came from a clearance then a shot and a deflection.”