Thomas Gravesen enjoyed a decent football career, performing with distinction at  a number of clubs before securing a move to galatico-era Real Madrid, where, it has to be said, his technical limitations at the very highest level were exposed.

But 66 appearances for Denmark, including appearances at both World Cups and European Championships, are not to be sniffed at and by all accounts, the midfielder retired, aged just 32, with a comfortable little nest egg to see him thought until his dotage.

However, Gravesen has proved all his doubters wrong and then some.

According to Danish newspaper BT, he invested his career earnings in a number of financial ventures and struck gold.

He is now reported to be worth over €100m and has just announced his second ‘retirement’ at the age of 37.

To celebrate his life of leisure, Gravesen has to Las Vegas with his latest partner – a Czech-born American model Kamila Persse – where he plans to spend the rest of his days indulging in his passion for gambling.

According to the paper: poker, roulette and blackjack are amongst his favourite games. 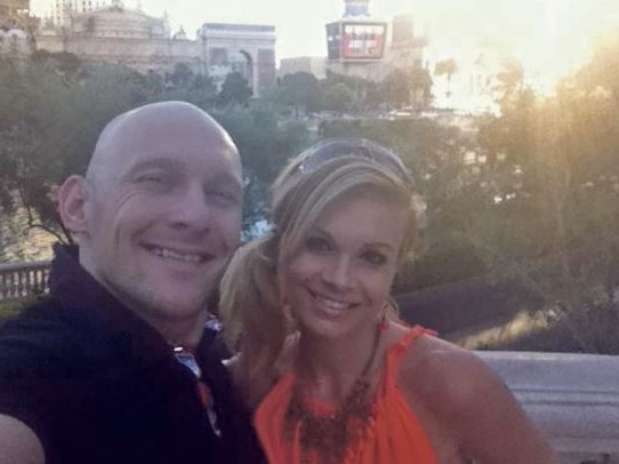 Thomas Gravesen in Las Vegas. Where did it all go wrong…?