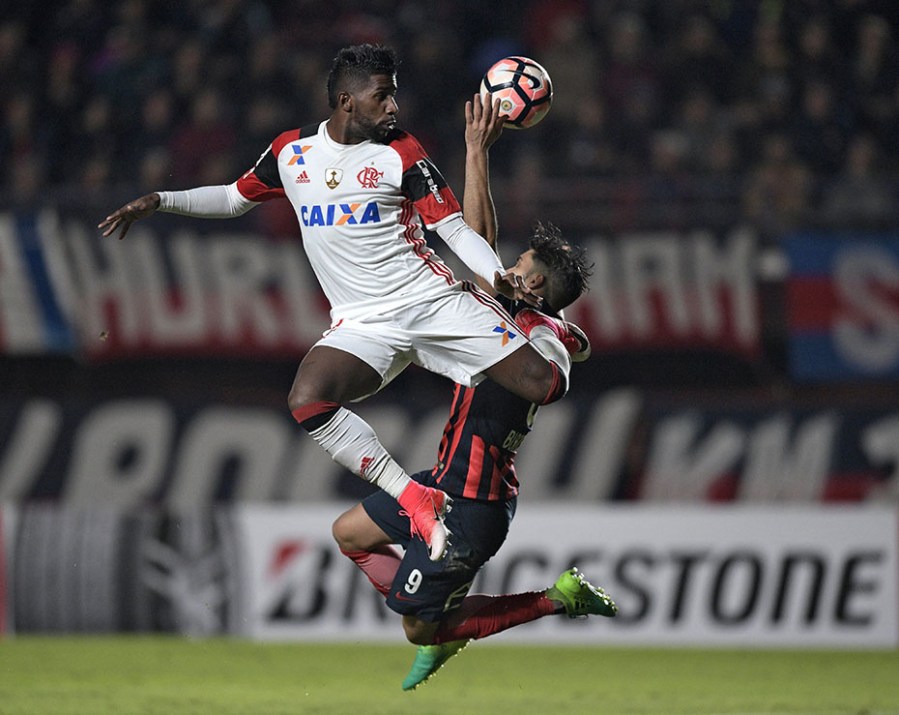 There never used to be an opportunity for the Copa Libertadores to stage a draw for its knockout stage. The competition was squeezed into the first half of the year, with no pause between the end of the group phase and the start of the last 16. The match ups in the knockout phase were determined by group position – the group winner with the best record facing the runner up with the worst, and so on.

But this year things are different.  The competition is running from the end of January until the end of November – meaning that there is time and space for a gala event at CONMEBOL’s headquarters in Paraguay, where representatives of the 16 remaining clubs gathered to discover who they would face next.

The draw threw up an interesting scenario. More places have been awarded to Brazil and Argentina this year, and 10 of the last 16, including all eight group winners, are from the continent’s big two.

And a Brazil versus Argentina final is a highly possible outcome.  Three of the four Argentinian clubs are in one half of the draw – so the only way there could be an all-Argentine final is for modest Godoy Cruz to fight their way through the next three rounds.  Five of the six Brazilian clubs, meanwhile, are in the other half. The only way there could be an all-Brazilian final is if Atletico Mineiro fight their way through. This is more feasible.  Though Atletico have got off to a dreadful start in the domestic league, they have a strong squad, especially in attacking positions, and were the last Brazilian side to lift the trophy, four years ago.

Moreover, it is always worth remembering that the Libertadores can be unpredictable. Though the competition is often held in a big two stranglehold, last year’s final was between Atletico Nacional, admittedly a giant side from Colombia, and tiny Independiente del Valle from Ecuador. The danger can come from unexpected quarters. This year’s Ecuadorian pair of Barcelona and Emelec could be dangerous, Nacional of Uruguay are tough opponents, Guarani of Paraguay made it to the semi-finals in 2014 and The Strongest of Bolivia play their home matches at extreme altitude and have learned to defend well away from home. An Argentina v Brazil final is a strong possibility, not necessarily a probability.

It does seem certain, though, that there will be some conflict between the two countries over the tournament’s new calendar.

The first legs of the knock out matches will be played between the 4th and 6th of July, with the return games five weeks later. In the meantime, the Argentinian league shuts down for its mid-year break, meaning that their representatives will be short of match sharpness by the time the second legs come around. The Brazilians – who play their league all the way through to December – do not face the same problem.

In addition, there is the question of the European summer window, which threatens to strip the Libertadores of some of its best players just as the competition moves towards the business end. The Brazilians would also seem to be at an advantage. Their financial position is stronger, making it easier for them to strengthen their squads with, for example, players moving back from Europe.

The Argentinian clubs have been working behind the scenes with a view towards requesting a significant change. They would prefer the Libertadores to follow the European season – kicking off in August and coming to a conclusion in May.

This would solve another problem. The season should build towards a grand finale. As it stands, though, the Libertadores seems to be a warm up act for the far less important Copa Sudamericana, the Europa League equivalent. The semi-finals of the latter take place around the same time as the final of the former – and then once the Libertadores is out of the way, the final of the Sudamericana brings the curtain down.  It is a curious inversion, but easily explained.  South America has to find its champion – the Libertadores winner – in time for the Club World Cup in mid-December. The Libertadores, then, needs to be concluded by the end of November. Even then, the short notice brings logistic problems, and considerable extra expense, for fans of the winner wishing to travel and cheer on their team at the Club World Cup.

An August-to-May Libertadores would solve this problem – but it will almost certainly be resisted by the Brazilians. Argentina follows the European season, while Brazil goes with the calendar year. Trying to keep both of the big two happy will be a challenge for the new Conmebol leadership.