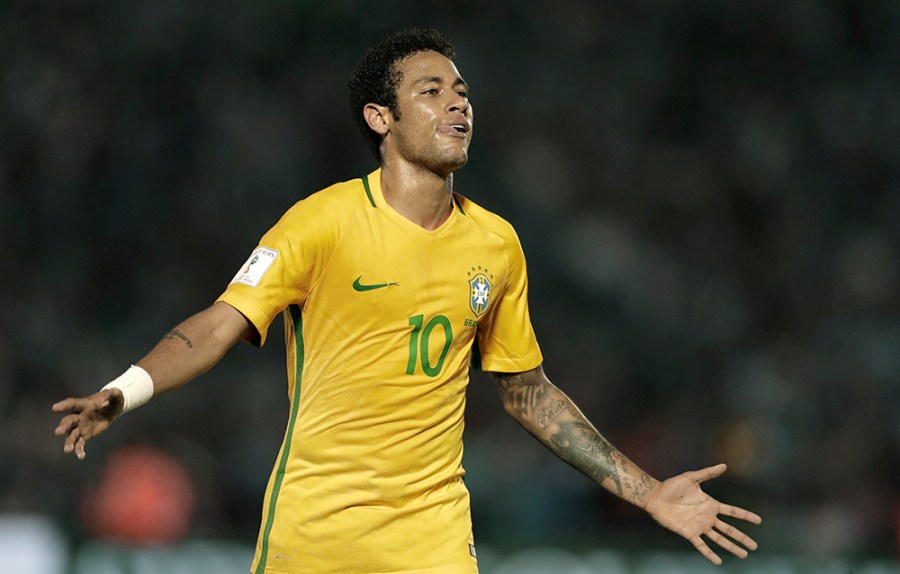 With the huge sum of money involved and the Qatari “soft power” agenda, it is natural that the Neymar move to Paris Saint-Germain has attracted plenty of cynicism about the values of the modern game. But the fundamentals of football still apply. At its heart, the Brazilian’s decision to swap Barcelona for Paris is a tale of love and glory.

It is a tale of love because, no matter how gifted, no one becomes as good as Neymar at football without loving the game. And no one stays as good without loving it. The proof lies in the history of Ronaldinho, a predecessor of Neymar at both Barcelona and PSG.  Ronaldinho is surely the most naturally talented player of recent times. Even today in exhibition games he is capable of absurd moments of skill. But it has been years since he was able to tip the balance in serious football. Indeed, effectively he was a spent force by the time he was 26. The reason for this has nothing to do with injuries, and much to do with the fact that he discovered other activities that he loved more than playing football. Burning the candle at both ends made it impossible for him to produce consistent top class performances.  He had lost the love which inspired his younger self to hone his skills and give them a physical platform.

Neymar, too, appears to enjoy the perks of a celebrity lifestyle. But as yet, as he approaches 26, there are no signs that he has lost his love of the game. Indeed, he has given himself no hiding place. The pressure will now be on him precisely because he has chosen to chase the glory.

The easier option would have been to stay at Barcelona. At PSG he will be expected to carry the team in the big Champions League matches – where the club’s investment in him will be judged a success or a failure.

Neymar has been hot housed both as a player and a personality, and, a naturally engaging character, he handles the media well. He gave an impressive press conference last Friday on his PSG presentation. A bomb he had to defuse was the line of questioning about Lionel Messi, and whether the relationship between the pair of them had provoked his Barcelona exit.

His claim that he is not seeking to be the star player at PSG is surely disingenuous. The club would hardly be spending so much on him if they did not see him as the star. And the obligation to carry the team – Messi’s task at Barcelona – is almost the definition of “the new challenge” that Neymar says he is seeking.

But there is, it would seem, not the slightest animosity between Neymar and Messi, or Luis Suarez. It cannot have been easy for Neymar to turn his back on the collective childhood that the three of them have been enjoying on a twice-weekly basis. Perhaps the most heartwarming aspect of the press conference was Neymar’s insistence that the decision to move was his and his alone, and that he had gone against some of the advice he had received from his father. Neymar, then, has made up his mind after running up against one of the game’s most intriguing fault lines – the tension that always exists between individual and collective glory.

The importance of the Ballon d’Or should not be underestimated. One again, Neymar’s claims that he is not chasing the prize are surely disingenuous. It plays very big in the land of his birth.  Five Brazilians won it on eight separate occasions between 1994 and 2007 – which has set the bar very high for the country’s subsequent generations. It could certainly be argued that, in a team game far too much importance is given to these individual awards.  On the other hand, one of the reasons that Brazil produces so much glorious individual talent is precisely the concentration on and importance given to the figure of the idol. Neymar’s career will be seen as falling short of potential – by many of his compatriots and surely by himself, if he does not get his hands on the prize at least once over the next few years. And it is hard to be considered the world’s outstanding player when you are not the go-to star of your own club side.

And then there is also the national team aspect to consider. This season ends with the World Cup – the one that Neymar will play at closest to his peak (he will be 26, a few months older than Diego Maradona was in 1986). He is possibly thinking that the French league will give him more chances to coast, leaving plenty of gas in the tank for Russia 2018. Yes, on the big games, the Champions League and the World Cup, Neymar will be expected to produce. He is being exceptionally well paid for it, and an extraordinary amount of money is changing hands to secure his services, but strip it all down and Neymar’s move to PSG is part of the same quest for glory he has sought ever since he first kicked a ball as a child with his head full of dreams.