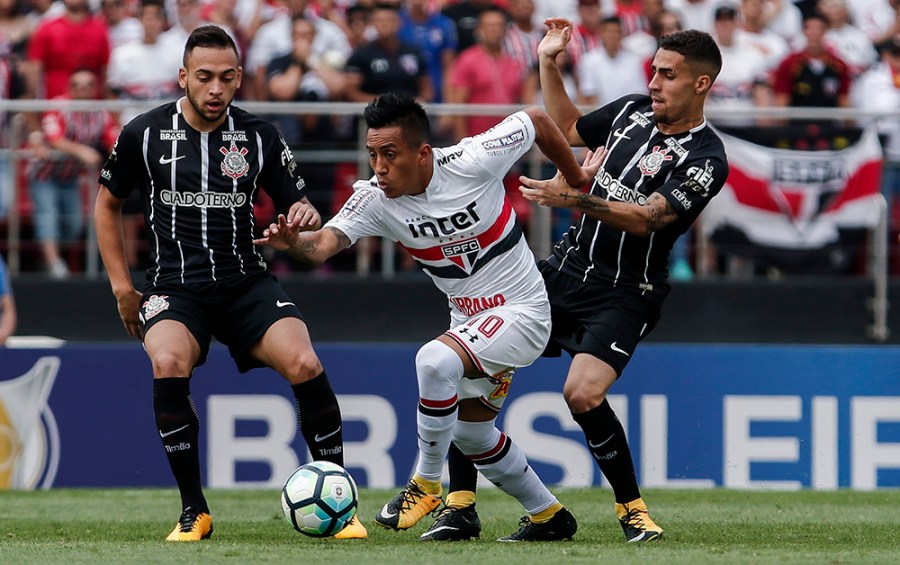 With everything nicely poised at 1-1, Cruzeiro and Flamengo meet this Wednesday in the second leg of the final of the Brazilian Cup.

The Mineirao stadium clash is a contender to be the biggest domestic game of the year – because Brazil is one of the very few countries in the world where the cup can still eclipse the league. This may be seen as even more surprising since the domestic cup has relatively little tradition, coming to life as recently as 1989.

Its current status, though, seems clear from the team line-ups. Clubs towards the top end of the table will rest players for league games that take place ahead of the big cup clashes. Flamengo and Cruzeiro both fielded understrength teams at the weekend, as others did in earlier rounds.

How can this priority be explained? One motive is surely the short term pressure, always present in football but especially overbearing in Brazil. Club presidents are looking for re-election and, probably even more important, coaches are almost always in a precarious position. Winning a title is a splendid boost to popularity and job security.

Moreover, there is the undeniable appeal that big decisive matches have to a Brazilian audience. The league system – all the teams playing each other home and away – has only been in operation here for little more than a decade, and still meets with resistance. One obvious reason for this is that it has never been done right. A league format keeps teams in activity all through the season, and its other main advantage over a play-off system is that it starts hot, since three points in the opening round are worth as much as three points in the last game. But in order to operate at its potential, there must be a pause before the action gets underway. This is when marketing can be effectively carried out, when the club makes new signings and when the space is created for the magic of the fan to come alive – the eternal faith that the team might be capable of great things in the coming campaign. All of this culminates in the big kick off, the opening weekend when supporters up and down the country are desperate to return to the stadium.

Without a pause this process is severely undermined. And there is no pause in Brazil.  The league kicks off less than a week after the dismal, outdated State tournaments (one for each of the country’s 27 states) have come to a close, and the fan is already well versed with the team and its sundry limitations. The long national league, then, limps out of the starting blocks.

Almost 40 years ago the campaigning journalist (and former national team coach) Joao Saldanha had already identified the problem. “A national first division of teams playing against each other throughout the whole year is the only salvation.” But he identified that small minded political interests were against it, and depressingly little has changed.

This year’s league has come across as even more of a damp squib because of the lead established at the top by Corinthians. Even with a recent run of poor results they are still ten points clear with 25 of the 38 rounds played. Santos, who moved up to second on Sunday and Gremio, who dropped to third, have made things easier for them by fielding reserve and understrength sides on a number of occasions, giving priority to the domestic cup and the Libertadores.

Thankfully, that should be a thing of the past. Santos were knocked out of the Libertadores last week and need to react. Gremio, meanwhile, are through to the semi finals but appear to have lost their way a little. They need to play their way back into form before facing Barcelona of Ecuador in a month’s time, and so they should be taking their league commitments more seriously.  So there is still a possibility of a genuine contest for the title.

There is one place, though, where the league action is guaranteed to raise the level of excitement – the bottom of the table, which also includes the middle.

After a win at the weekend Chapecoense move up to 9th – but they are just three points clear of the relegation zone. More than half of the clubs, then, are anxiously looking over their shoulders, consulting the fixture list and saying their prayers – including giants such as Sao Paulo, who are currently in the bottom four, and others too close for comfort, like Fluminense, Vasco da Gama and Atletico Mineiro, who reacted to their latest defeat by sacking their coach.