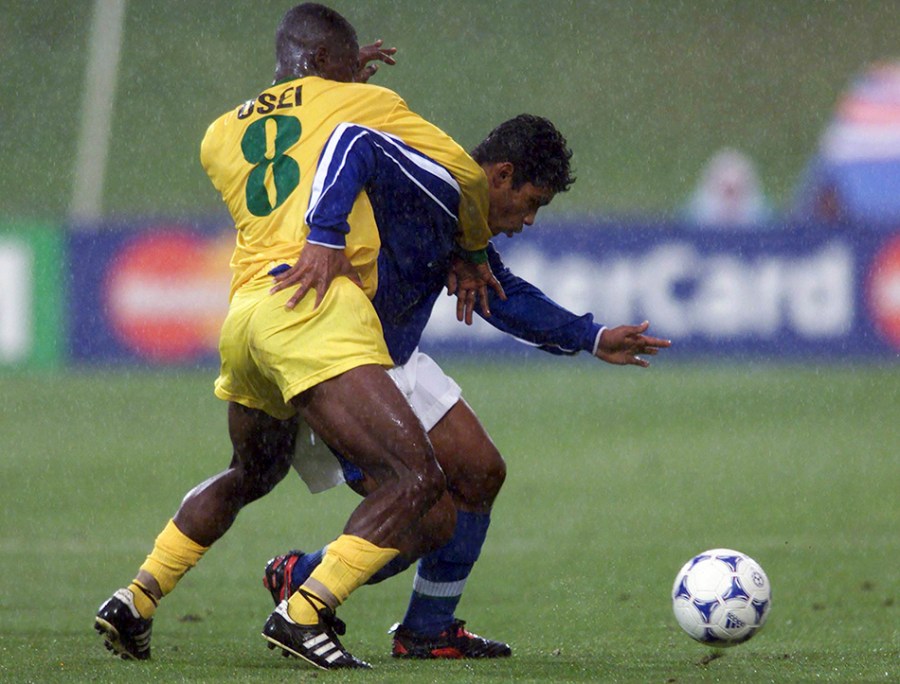 The manner of England’s Under-17 World Cup triumph was exhilarating. But it is always worth remembering that this level of football is all about development and experience, not results – and that success with the Under-17s is no guarantee of senior glory.

Among Phil Foden’s predecessors as the outstanding figure of the Under-17 World Cup is Anderson of Brazil, who was awarded the honour in 2005. He is now 29, and should, in theory, be operating at his peak. Instead he is at Coritiba, a team fighting a battle against relegation in Brazil, where he is currently considered not even worthy of a place on the substitutes’ bench.

Anderson is an example of two things that can derail a highly promising career.

The first is injuries. Eleven years ago he spent a season in Portugal with Porto. While there he suffered a leg break that had a huge effect on his development. The original, pre-injury Anderson, had a magnificent burst of pace, and could sustain his acceleration over long distances. This, perhaps, was the quality that most stood out when he was chosen as the best player of the 2005 World Under-17 Cup.

After the leg break, though, he never again displayed the same speed. It soon made a difference. In 2007 he did not play the Under-20 World Cup because he was fast tracked into the senior squad. But he did not last long, and after a handful of caps he has not featured in the national team for nine years. He was forced to change his characteristics on the pitch, and was successfully converted to a central midfielder at Manchester United. The club may have thought they had acquired a devastating attacking presence in the final third. But it took him all of two years to score his first goal for United.  Instead, he was directing operations from deeper. Initially he took to it well. Perhaps, though, he was battling against inner frustration, disillusioned by his incapacity to develop into the type of player he had promised to be. Maybe his discipline was simply undermined by becoming rich at such a young age. Either way, there seems little doubt that he ran into a second problem – a lack of the single minded drive needed to turn potential into reality.

Over time he became less important and more peripheral to United. A loan spell to Fiorentina was not a success. And so he moved back to Porto Alegre to join Internacional, local rivals of his original club, Gremio. Inter carried with them the proud record of never having been relegated. They carry it no longer. At the end of last year they went down to the second division. Anderson had proved an expensive flop. He was loaned this year to Coritiba, and made an encouraging start, helping them win the local title of the state of Parana. Then he lost three months to muscular injuries, and has not been the same player since. Coach Marcelo Oliveira is unhappy with his attitude, and in recent weeks he has not even been on the bench.

But at least Anderson has many more glory days to recall than an Under-17 colleague. When, back in 2005, Brazil won the South American Under-17 title, the star of the show was not Anderson, but Kerlon. The Cruzeiro support striker hit the headlines for his “seal dribble” – his extraordinary ability to flip the ball up, balance it on his forehead, and run with it, even while changing direction. But there was much more to Kerlon than circus tricks. He stood out for lots of different reasons; he could score from range, or outpace the opposing defence, he could combine well or go with an individual move and he seemed to pick his options well.

But that tournament proved his career highlight. He did not go to Peru for the World Under-17 Cup because he smashed an ankle – an injury from which he never truly recovered. And he went on to suffer many more. He tried his luck all over the world – from Inter Milan and Ajax to Malta and Slovakia, via Japan and the USA – without ever being able to make an impression. Earlier this month, recognising his defeat to injuries, he called it a day. He could have been a global star. Instead he stands as a cautionary tale of the precarious nature of a career in football.