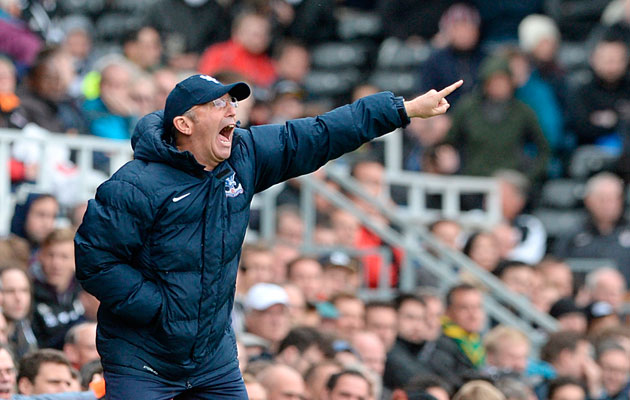 Crystal Palace are searching for a new manager after Tony Pulis’s left the club on the eve of the new Premier League season.

Officially, Pulis leaves by mutual consent but it is believed to be his deteriorating relationship with the co-chairman, Steve Parish that lies heart of his shock departure.

The pair have been at loggerheads for months, with reports claiming Pulis was considering his position as far back as January, just two months into his Selhurst Park tenure. Since then he has transformed the fortunes of the club on the pitch, guiding them away from the relegation zone and leading them to an 11th place finish – their highest since the inception of the Premier League.

Pulis finished the season as the Premier League’s manager of the year, but the 56-year-old has become increasingly frustrated with the restrictions Parish has apparently put on him on the transfer market.

Ironically, Pulis left on the day that three new recruits arrived at Palace: Martin Kelly, Brede Hangeland and Frazier Campbell, all signed on Thursday, but it appears Pulis had set his sights on more ambitious targets, including Gylfi Sigurdsson and Steven Caulker who ultimately signed for Swansea City and QPR respectively.

Palace have also been linked with a move to bring their former winger Wilfried Zaha back to Selhurst Park after a torrid first year at Manchester United.

Speaking to Sky Sports News on Tuesday, Parish said that he would help Pulis sign the players he wants.

“It’s up to the manager, the players we sign. It’s not up to me. I’m there to help him get the squad he wants,” Parish said.

“I know the fans would like him back and that will play a part, but in the end the manager will decide what we do.”

The matter came to a head and it emerged that Pulis wanted more responsibility when it came to signing players.

Keith Millen, the assistant manager, will take charge for the opening game of the season against Arsenal while the other members of Pulis’s coaching staff, including Gerry Francis and long-time assistant Dave Kemp, have been asked to help him out until a successor has been appointed.