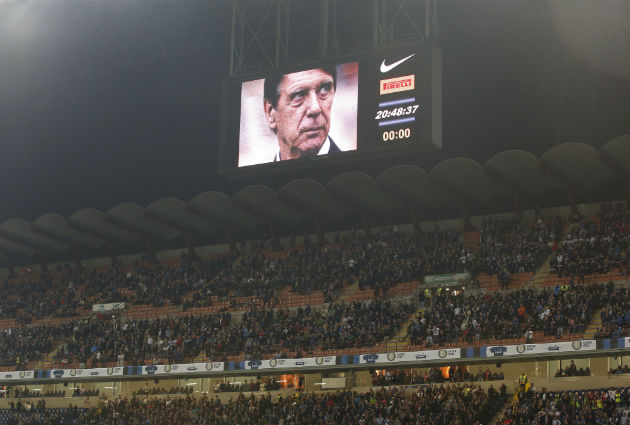 Cesare Maldini, one of the most significant figures in modern Italian football, has died aged 84.

Though his playing achievements were exceeded remarkably by those of his son Paolo, Maldini senior had already earned a place of honour in his own right in the Italian and European game.

Born on February 5, 1932, Maldini played fullback for Milan against Real Madrid in the 1958 Champions Cup Final, and then turned into a sweeper of great class.

From that role Maldini captained Milan to victory over Benfica at Wembley in 1963 in the Champions Cup. He thus became the first Italian captain to lift the most prestigious European club trophy.

Maldini played only 16 times for Italy but these included two appearances at the 1962 World Cup finals in Chile.

After retiring he joined the Milan coaching set-up and then the Italian federation’s coaching staff. He was No 2 to Enzo Bearzot in Italy’s 1982 World Cup-winning campaign and later, in his own right, guided Italy to victory three times in the European under 21 championship.

Maldini took over an Italian national team in crisis in the middle of the 1998 World Cup qualifying campaign and led them, in his first match, to a crucial 1-0 win over England at Wembley. Later he led Paraguay in the 2002 World Cup finals.

Having already won Serie A four times with the Rossoneri between 1954 and 1962 he managed them to success in the European Cup-winners Cup and Coppa Italia in 1973.

A club statement said: “AC Milan sends its condolences to the Maldini following the passing of Rossoneri great Cesare Maldini.

“Cesare skippered the club to its first European Cup triumph in 1963 at Wembley and the loss of such a key figure in Rossoneri history has left everyone at AC Milan moved and saddened.

“Cesare had recently turned 84 and he left his mark at the club not only as a player but also as a coach and scout. The club president Silvio Berlusconi and the rest of the club will always remember fondly his charisma, kindness and warm smile.”

Franco Baresi, one of his pupils – along with Paolo – and a successor as Milan and Italy sweeper and captain, said: another legendary Milan and Italy defender, led the tributes to Maldini: “He was above all a really good person… a legend and an incredible captain.

” I was lucky enough to share with him the experience of the 1982 World Cup. I learned so much from him. He was important and key in passing on the kind of values that we so often forget.”

The Italian federation ordered a minute’s silence in memory of Maldini at all weekend matches, with Milan’s players wearing black armbands in their game against Atalanta.