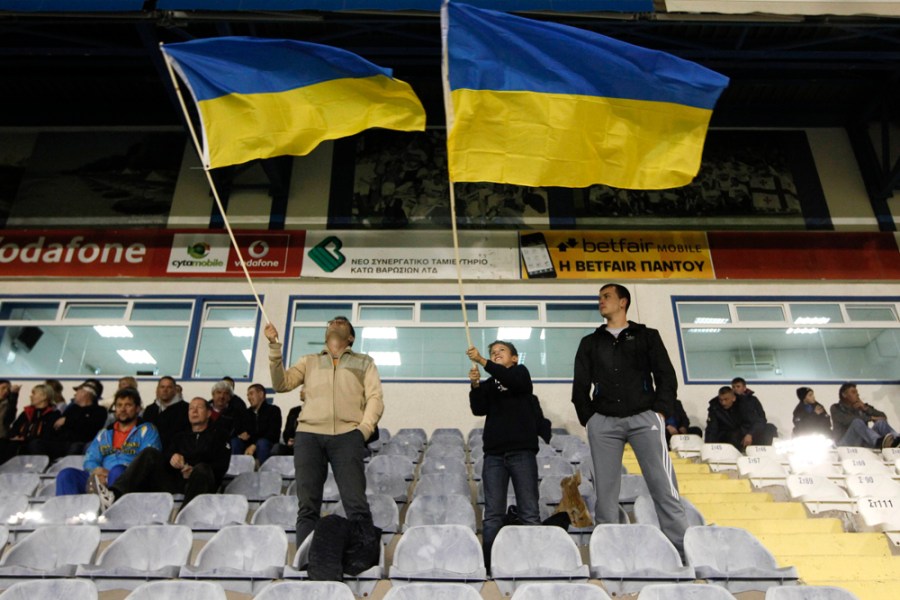 UEFA have banned clubs in the Crimea region of Ukraine from playing in any Russian-organised football competitions.

UEFA’s statutes bar clubs from switching countries without agreement from both all parties, but  Russia insists that three clubs from the region – TSK Simferopol, SKChF Sevastopol and Zhemchuzhina Yalta – are all new entities and unconnected with the old teams that played in the Ukrainian league. They claim two Crimea teams who used to play in the Ukraine first division have been disbanded.

Eight months ago, the three ‘new’ clubs were admitted to Russia’s league and national cup and currently play in the Russian third division.

Ukraine says Russia cannot annex any Crimean clubs since the region is regarded as an occupied territory.

UEFA has now spoken on the issue and informed the Russian Football Union that it “may not organise any football competition in Crimea, without the consent of UEFA and the Football Federation of Ukraine (FFU).”

The ban will take effect on January 1.

UEFA general secretary Gianni Infantino said UEFA did not want get involved in politics and had therefore designated Crimea as a separate entity for the time being.

“Having discussed this with Ukraine and Russia, and Ukrainian and Russian football authorities, over the last few weeks and months, the executive committee came to the conclusion that for the time being the decision has to be to consider Crimea as a special zone for football purposes,” he said.

Asked what would happen if Russia ignored the ban, Infantino refused to specify, but said disciplinary measures cannot be ruled out.

“I’m not going to discuss ‘what if and what if not,” said Infantino, “but we have procedures and rules that have been clear for 60 years. It has not been an easy decision.”

UEFA vice-president Grigoriy Surkis, honorary president of the Ukrainian Football Federation (FFU), said “the verdict shows that UEFA really cares about the development of football across the entire European continent.”

However, the president of SKChF Sevastopol, Alexander Krasilnikov, was mnore forthright, condemning the UEFA ruling.

“This UEFA ruling is most of all directed against football and the fans,” Krasilnikov told R-Sport.