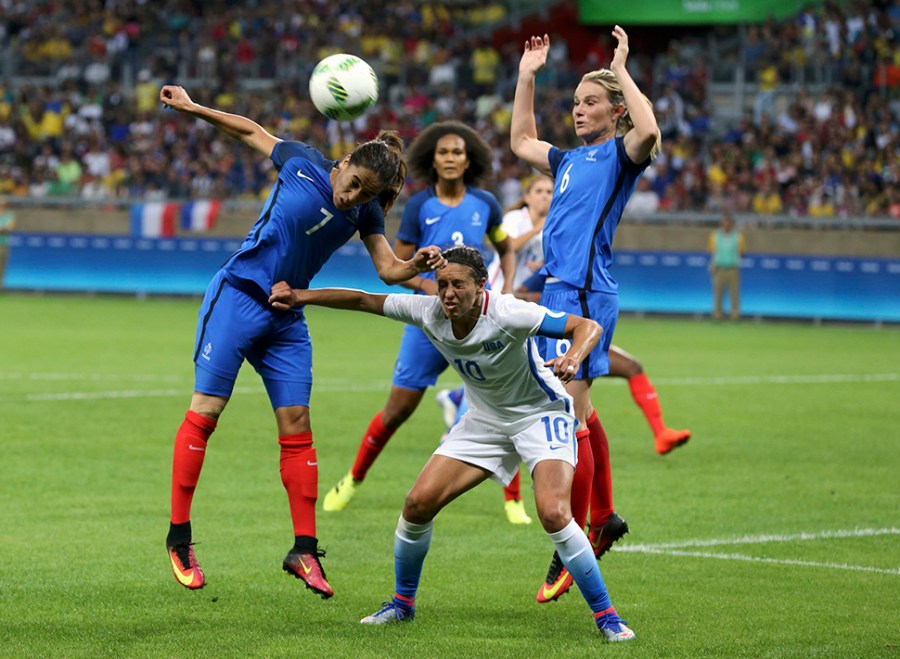 If Hollywood were writing the script the Uefa Women’s Champions League final on June 1 would be a showdown between Americans Alex Morgan and Carli Lloyd, the two gold-medal Olympians who wintered in Europe with the Cardiff climax in mind.

Real life, however, has intervened. First the draw paired the duo in the semi-finals. Though Lloyd scored, securing Manchester City a landmark win in Parc Olympique Lyonnais, Morgan emerged triumphant as Lyon won 3-2 on aggregate courtesy of a dominant first-leg performance.

Then, on the same day Lloyd was gaining the handsome consolation prize of an FA Cup final victory at Wembley, Morgan suffered a hamstring injury leaving her struggling to be fit to play in Cardiff when Lyon will meet domestic rivals Paris Saint-Germain.

If Morgan is absent it will deal a heavy blow to Lyon’s owner-president Jean-Michel Aulas’s ambition of promoting his club across the Atlantic. Aulas has assembled women’s football’s team of all talents, so much so that even when fit Morgan is not guaranteed a place in the starting line-up. In attack alone she is competing with UEFA Player of the Year Ada Hegerberg, of Norway, and France strikers Elodie Thomis, Eugénie Le Sommer, Claire Lavogez and, prior to her injury, Delphine Cascarino.

The match is set to be the last at Lyon for coach Gerard Precheur. Even if he wins a second successive treble he has one major fault for a president seeking to position his club as a global entity, his English. Reynald Pedros, 1990s French men’s international turned TV pundit, will take over.

If PSG lose in Cardiff they will not be in Europe next season as they were pushed into third place in France by Montpellier. However, they will believe they can push Lyon close. Co-incidentally they were Lyon’s opponents in the match in which Morgan was injured, the American pulling up as she tussled for a loose ball on the edge of the area. Frustratingly for Lyon they were already three-nil ahead with Morgan having scored. Moreover, with Lyon having secured the Division 1 Féminine title, their 11th in succession, the week before, the game’s only meaning to Lyon was to re-inforce their psychological edge over PSG.

However, a week later PSG took Lyon to penalties in the final of the Coupe de France, only losing 7-6 to the 16th kick, taken by Hegerberg. Earlier Brazilian Chritiane had scored for PSG, Kumagi levelling from the spot. Also in the PSG team are veteran Brazilan Formiga, Costa Rica’s gifted Shirley Cruz, Spain’s Veronica Boquete and Irene Parades, plus a clutch of French internationals including Sabrina Delannoy who will retire after the match. PSG, intriguingly, also have Ashley Lawrence, who happens to be Kadeisha Buchanan’s best friend.

Now 21, Buchanan and Lawrence first played together in the same Toronto under-9s girls team. They have since been team-mates at regional, then national age-group ranks before making their Canadian debuts on the same day, when both 17. They have played a World Cup and an Olympics together and last summer graduated from the same university, West Virginia. Their presence means there will, after all be a trans-Atlantic rivalry in Cardiff, albeit will be Canadian rather than American.