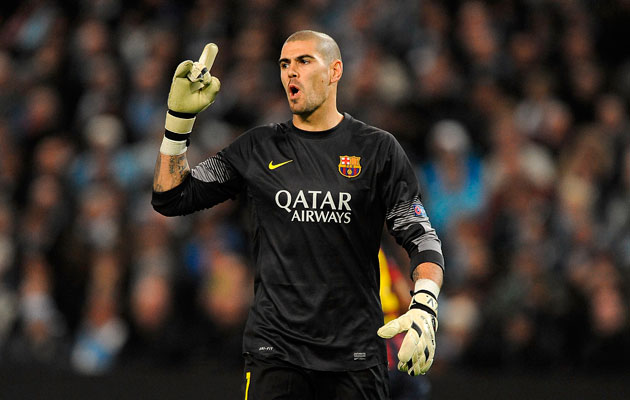 Víctor Valdés has responded to claims that he was not committed to the Manchester United cause, by posting images showing him playing for the club’s reserve side.

United manager Louis van Gaal has confirmed that the Spaniard will be sold because he refused to play for the reserves last season.

Valdés took to Twitter on Thursday, posting photos that showed a number of reserve-team matches he had played in.

Van Gaal had been asked why he had left Valdés out of United’s pre-season tour of America, which started on Monday.

“He is not selected because he does not follow my philosophy,” said the United manager.

“There is not one place for one player – the philosophy is how you play football and how you maintain your match rhythm. For example, he refused last year to play in our second team.

“That is one aspect of our philosophy but there are a lot of others for how you play like a goalkeeper for Manchester United,” said the Dutchman. “When you are not willing to follow the principles of the philosophy there is only one way and that is out.

“Yeah, for us it is a big disappointment. We thought he will follow our philosophy but it is a pity because we have given him an opportunity to rehabilitate and then we gave him a contract. Then when he is fit to play and when you are not playing in the first selection you have to play in the second. He refused that.”