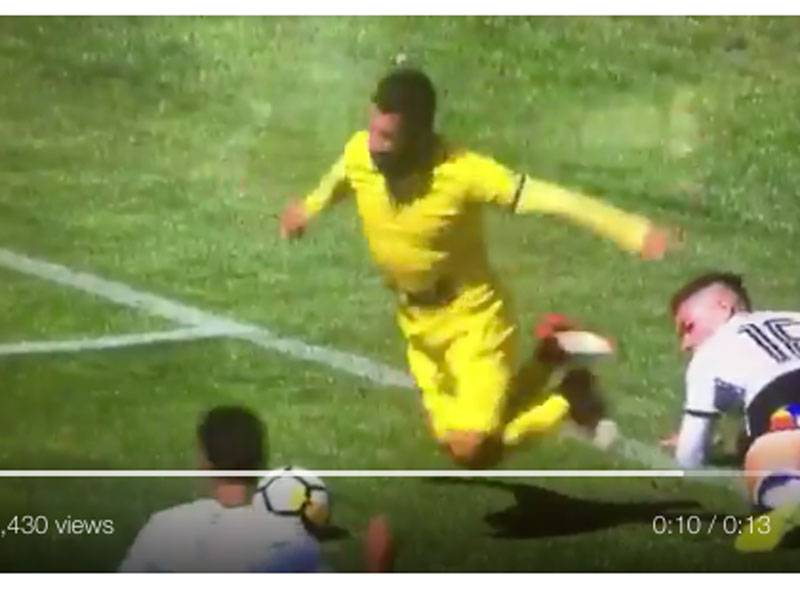 In a recent game in the Chile Primera Divison, Universidad de Concepcion forward Jean Meneses is jostling for the ball with a defender playing for Colo Colo.

He wins the ball, and then decides to just flop onto the ball in what is clearly a dive.

Well it was clearly a dive to everyone, but the referee who awarded a penalty. It was dispatched and the act of poor sportsmanship was vital as the penalty proved to be the deciding goal of the game.

Meneses’ side ran out 2-1 victors in a tie that Colo Colo had been controlling up until the 79th minute when J. Pineda equalised for the Universidad side. It was then seven minutes later that Meneses pulled off his deception.

After the game the forward said, “One has to take advantage of the fact okays cannot touch attackers in the area. So I played with a little bit of vividness and let myself fall.”

‘Let myself fall’ is putting this blatant dive mildly.

In terms of the Chile Primera Division table, Colo Colo fell out of the top three, to fifth, and Universidad de Concepcion move up to eighth in the table.