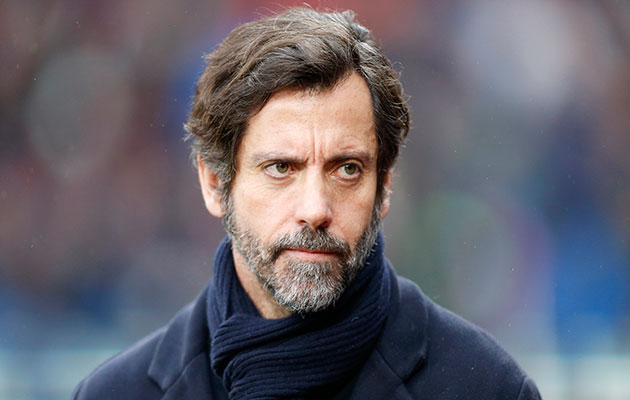 Watford manager Quique Sanchez Flores has played down speculation linking him with the vacacny at Valencia, insisting he is happy with life at Vicarage Road.

The Spanish club sacked Gary Neville on Wednseday less than four months after his appointment, after a dismal run which left the Liga club just six points above the relegation zone with eight games remaining.

Pako Ayestaran has been placed in charge until the end of the season, but in the meantime the club has begun its search for a permanent successor.

Flores, who spent 10 years at Valencia as a player before a two-year spell as a coach between 2005-07, during which the club qualified for back-to-back Champions League campaigns, is among those linked with the vacancy. Nonetheless, he says he feels like he is part of a happy family at Watford and has no intention of leaving.

“I’m completely happy at Watford,” he told a media conference on Thursday.

“I love the fans of Watford and I’m really happy with the people and every person that is working here. We’re a family and I’m happy enough.”

Flores admits he has been following the plight of his former club and in particular the predicament of Neville, for whom this was a first coaching job.

“I’m sad for the situation of Valencia, it’s very strange,” he said.

“I’m sad for the situation of Gary Neville because every time a coach doesn’t finish a project it is obviously bad news.

“I’m expecting Valencia will recuperate and have a good run because it is necessary for the club.”