Jose Mourinho has come in for criticism after he blamed the players for the club’s poor start to the season.

Mourinho, speaking in the wake of the club’s second defeat in four La Liga games this term which left them eight points adrift of leaders Barcelona, said the players lacked commitment.

“We have only really played well in the Spanish Super Cup,” he said after the 1-0 defeat to Sevilla. “Nowhere else. I am worried that in this moment I don’t have a team.

“There are very few heads who are committed and concentrated.

“When you don’t have people who are committed, it’s tough.”

Mourinho, whose win-at-all costs mentality when combined with an abrasive personal manner, was always going to be a divisive figure at a club like Real. Winning is expected, but winning in style is much preferred. Not winning at all does not bear thinking about.

It’s never nice to kick a man when he’s down, but this being Mourinho, let’s pretend we’re poking him in the eye. Anyway, Ramon Calderon, still nursing grievances three years after leaving Madrid, was quick to not to miss the opportunity of attacking the wounded Mourinho.

“Mourinho’s comments don’t help the team in any way. The players could just as easily say that they don’t have a coach right now,” Calderon stated to RAC1.

“It would be better to see these losses as incidents. I imagine that the players are not too happy with Mourinho’s comments.

“I believe that the team is fully committed to the team. The players are giving their all out there on the pitch.”

The upshot of Real’s poor league start is that Barcelona are now an unattractive 2-7 to win the Spanish title this season. Amazingly, although they’re just out of the stalls in what is traditionally a two horse race, the odds seem about right.

While one former Porto and Chelsea coach faces the music, another, Andre Villas-Boas, will, for the first time in a long while, be able to put down the worry beads.

Villas-Boas, whose name everyone would have wanted in the annual ‘who’s the first Premier League manager to be sacked’ sweepstake, earned himself some breathing space following Spurs’ 3-1 win at Reading.

The Portuguese coach’s predicament was hardly helped by a none-too-subtle blast from his predecessor at White Hart Lane, Harry Redknapp.

Although he did not name Villas-Boas directly, Redknapp caused controversy when he told the Daily Mail: “These days you’re getting 70-page dossiers on this and that. B******t can baffle brains at times.”

To be honest, for someone like Redknapp, who can’t actually read, a copy of the Beano would baffle his brain at times. It’s not so much New School vs Old School, as New School vs Didn’t go to School.

Villas-Boas, who compiles forensic scouting reports on his team’s opponents, brushed off the comments and joked that Redknapp may have been talking about the methods of Jose Mourinho, with whom the Portuguese worked at Chelsea and Inter.

“In the end it’s not about the manager, it’s about the players. They bring you success,” Villas-Boas said.

“Different kinds of managers have different leadership styles and the way they go about his business.

“I don’t know if Harry was mentioning that about Jose Mourinho but it seems strange. I don’t use those situations but in the end the most important thing is for your team and your players to reach a level that is needed for success.”

The quoteworthy Redknapp will keep chipping away, at least until he receives the call to return to management. Then, he will be the first to complain about former pros or managers criticising those working in the game.

Traitor to the cause

Luiz Felipe Scolari had broken his promise to help Palmeiras fight relegation to the bitter end, according to the Brazilian club’s midfielder Jorge Valdivia.

Palmeiras announced last week that Scolari, who coached Brazil to their 2002 World Cup triumph, had parted ways with the club after a series of reverses left them embroiled in a relegation fight.

“He asked to leave (and) it was a surprise to us,” Chilean Valdivia told reporters after Palmeiras suffered a 2-0 defeat by Corinthians on Sunday under caretaker coach Narciso.

Sunday’s loss in the Sao Paulo derby, in which Palmeiras had striker Luan sent off in the 26th minute for a second booking, left Palmeiras in 19th place in the 20-team league with 20 points from 25 matches. The bottom four teams face relegation at the end of the season, which has 13 rounds to run.

“He had told the squad that if we went down he would go down with us, but after the match with Vasco he informed (the club) he was quitting,” added Valdivia.

The goals had dried up for Thierry Henry, but he scored twice in New York Red Bulls’ 3-1 victory over Columbus Crew, with the second being that rarity: a goal scored direct from the corner.

Here’s the same goal from the perspective  of a supporters seated directly behind Henry when he struck the corner.

“I prefer to get drunk than answer that. I will watch the game again, but I am worried…I am worried we’re going to get relegated.”

So said Palermo president Maurizio Zamparini when asked if coach Giuseppe Sannino was at risk following the club’s  1-1 draw at home to Cagliari on Saturday. Hours later, much of which Zamparini will have spent staring at the bottom of a glass, Sannino was fired.

Paris Saint-Germain striker, Zlatan Ibrahimovic has defended his salary with the Ligue 1 club.

The 30-year-old moved from Milan to Qatar-owned PSG in the summer, where he will earn a reputed €14 million a year – a figure that has attracted widespread criticism in this age of austerity.

But, as far as the Swede is concerned, his salary and the 75 per cent  tax rate he will pay on it, shows that we really are all in this together. Or, as they say in France, nous sommes tous dans le même bateau.

“Quality is not free,” he told Eurosport, momentarily forgetting that no one has asked him to play for nothing.

“I don’t understand all the criticism. After all, the more money I earn, the more tax France receives.”

You’re right about one thing Zlatan. You don’t understand the criticism.

Fenerbahçe fans have honoured Brazilian playmaker and team captain Alex de Souza on Saturday with the erection of a statue in İstanbul’s Kadıköy district.

Along with Alex, team coach Aykut Kocaman, executive manager Hasan Çetinkaya and Ömer Temelli, a member of the executive board, attended the unveiling of the statue.

“I want to express my gratitude to my wife, Dianne. Without her it would be almost impossible to live in another country outside of Brazil. I want to thank Hakan Bilal Kutlualp, who is no longer with the administration of the club, for his role in my decision to come here,” said an emotional de Souza.

Here’s the statue, which it has to be said, is not exactly the most flattering depiction of the Fener skipper. 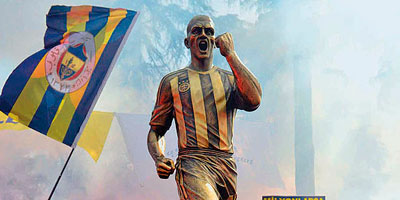 And here’s the person it appears to have been modelled upon. 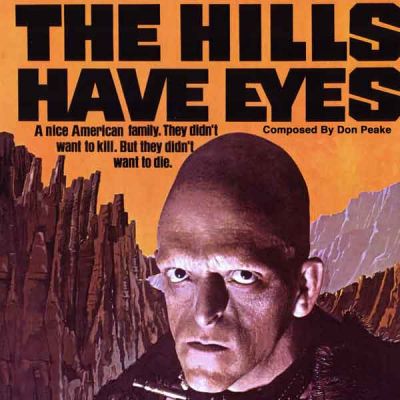 I suppose it was too much to ask. That fans, infused with a righteous sense of indignation following the Hillsborough revelations, would capture the spirit of the moment and set aside some of their tribal instincts. Alas, no, as Manchester United fans, inevitably the subject of scrutiny given their longstanding and mutual antipathy towards Liverpool, were unable to heed the advice of Sir Alex Ferguson and drop from their repertoire, some of the chants mocking their rivals.

So, we were subjected to a rendition of “Always the victims, it’s never your fault.” and a brief, though audible chant of “Murderers!” from a moniority of the Old Trafford crowd during United’s 4-0 win over Wigan.

Attitudes, hardened over years of mutual hatred are not going to change overnight, but perhaps a gradual campaign could eventually bear fruit.

The Manchester United Supporters Trust have backed Ferguson’s call for an end to chants mocking the Munich air crash and Hillsborough disaster.

MUST chief executive Duncan Drasdo said: “Following this week’s developments and release of revelatory information on the Hillsborough tragedy, MUST wishes to make it absolutely clear that just as we condemn chants mocking the Munich air disaster we also condemn any chants relating to Hillsborough or indeed any other human tragedy.

“We agree 100% with the statement made by Sir Alex Ferguson – this is the time for supporters of these two great clubs to represent their clubs with the integrity and honour that our glorious history demands.”

Next up, English football’s very own clasico, Liverpool-Manchester United, to be played next Sunday.

FIFA have revealed the design for the 2014 World Cup and say Brazil have until mid-November to choose the mascot’s name from three choices – Amijubi, Fuleco and Zuzeco.

The mascot was officially unveiled by World Cup winner Ronaldo, who said: “I’m delighted to welcome such an important member to the 2014 team.”

“The mascot will play a key ambassadorial role in the next two years. I’m sure he will inspire many young football fans in Brazil and all over the world with the great passion which he has for the sport and for his country.”

FIFA Secretary General Jerome Valcke said it was apt that the mascot represented a vulnerable species.

”The fact that the three-banded armadillo is a vulnerable species is very fitting,” Valcke said.

”One of the key objectives through the 2014 FIFA World Cup is to use the event as a platform to communicate the importance of the environment and ecology.”

I’d love to know how they’re going to sell that particular message when Qatar 2022 rolls around.