If you thought that holding the 2022 World Cup finals in Qatar in the middle of summer was a stupid, irresponsible and dangerous idea, fear not, help is at hand. It will just require the small matter of changing the Laws of the Game. But, surely, that is a small price to pay for the prospect of spreading the game to new territories, or in the case of Qatar, the desert.

Michael Beavon is a director of Arup Associates, whose company is helping develop the solar technology that will cool Qatar’s 12 stadiums to a safe air temperature. He believes that the traditional game of two halves of 45 minutes played in temperatures of 50c might pose a health risk to the players. Well, blow me down with a feather!

“There is a moderate risk of heat injury to the players between 24C-29C,” Beavon told the Qatar Infrastructure Conference in London. “But if you go above that you have high and extreme risk of injury. The one thing FIFA do say, although it is for guidance, is if it’s 32C they will stop a match and play three 30-minute thirds rather than two 45-minute halves.”

FIFA say they haven’t even discussed the issue, but given the obvious commercial benefits of inserting an additional advertising break into a 90 minute match, it can only be a matter of time before they do.

New kid on the block

The former Porto boss, who was previously employed as a chief scout at Chelsea under Jose Mourinho, is renowned for his thoroughness and attention to detail. Take a look at the dossier he compiled for Mourinho for the visit of Newcastle to Stamford Bridge in 2005. It’s fascinating.

The Portuguese outlined his approach to training, which he hopes will encourage the players to express themselves more fully.

“My job is to nurture talent, to allow players to explore their capabilities to the full,” Villas-Boas said on his first day at the office. “You have to free them and let them make their own choices. I’m no dictator.”

Which is just as well. At least there will be no confusion over the division of responsibilities with club captain John Terry.

It wasn’t supposed to be like this. Copa America 2011 was meant to be the tournament when Lionel Messi finally transferred his imperious club form to the international stage. Instead, after two matches, Argentina are without a win, Messi is without a goal and the Ballon d’Or winner even suffered the indignity of being jeered by his own fans.

With wayward efforts like this, you can understand the crowd’s frustration:

The hosts were booed off the pitch after being held to a 0-0 draw in Wednesday’s Group A match against Colombia. The draw came on the back of their opening day draw with Bolivia.

It could have been worse for Argentina had Dayro Moreno converted this open goal midway through the second half.

Manuel Neuer made his debut for Bayern Munich last night and it’s fair to say that the keeper continues to polarise opinion among the club’s supporters. This despite the club holding talks last Saturday with fans’ groups to urge them not to attack the keeper.

Neuer replaced Germany’s Jorg Butt at half-time in the 15-0 friendly win over Trentino Auswahl, but some fans in the crowd of 2,500 made their feelings known.

“You can save as many balls as you like, but we will never accept you in our jersey,” read one sign. 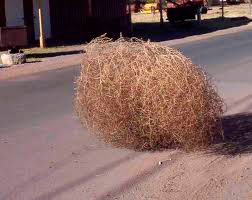 Perhaps something was lost in translation.

The Turkish match-fixing scandal appears to be more far-reaching than initial reports suggested, with the latest allegations implicating the Turkish Football Federation (TFF).

According to Turkish daily Radikal, Fenerbahce chairman Aziz Yıldırım, who was arrested on Monday for his role in the scandal, allegedly called the TFF, before his team’s derby match between Besiktas and Fenerbahce and said: “Appoint [referee] Cuneyt Cakır to the derby match, send me Cuneyt.”

Cakır was duly appointed and Fenerbahce secured a 4-2 win in a result was seen as one of the more significant in their title success.

Further allegations specify individual matches being fixed, while there is also a bizarre claim that Yıldırım had television commentator and former referee Erman Toroglu fired from his post at Lig TV.

Sadly, this one looks set to run and run.

Veteran midfielder Juninho Pernambucano turned back the clock in his first appearance for Vasco in 10 years, scoring from a trademark long-range free-kick two minutes into the game. The keeper could have done better, but Juninho won’t mind that.

FIFA executive Mohamed bin Hammam says he is disappointed with the way the FIFA bribery investigation against him has been handled.

Writing on his blog bin Hammam complained about “continuous leaks of confidential information” related to the investigation.

The latest leak of ‘confidential information’, shows that a further five associations have now told FIFA’s head investigator, Louis Freeh, that they were offered $40,000 in brown paper envelopes in return for their vote in the presidential election.

“Despite all these, I am still looking for and hoping to receive a fair hearing one which will not be influenced by any political agenda or motivation,” bin Hammam said on his blog.

You have to admire his optimism.

Further gloomy revelations on the match-fixing front, this time from South Korea, where prosecutors have indicted 46 more footballers for alleged involvement in a K-League match-rigging scandal.

In what is becoming a depressingly familiar scenario, the players allegedly took bribes in return for trying to fix the results of games or bet on games after learning their outcome would be rigged,

The latest indictments are in addition to a group of 15 – including 11 K-League players – who were indicted last month over similar allegations.

The current issue of World Soccer carries an in-depth report on the South Korea scandal.

Spanish football may soon have to wake up from its decade-long siesta and be forced to face up to the stark economic reality sweeping the country.

So says the country’s  Secretary of State for Sport, Albert Soler, who has urged the country’s financially-troubled football clubs to rethink their unsustainable financial strategy.

“We have arrived at a moment when we must reassess whether our soccer model is valid,” said Soler.

A quick look at the €3+ billion accumulated debts of La Liga’s clubs would convince even the most economically illiterate person that it isn’t.

“We are experiencing a period of economic crisis and the worlds of sport and football are not immune to it.”

A recent University of Barcelona report stated La Liga’s 20 clubs made a combined net loss of €100 million in the year ending June 2010, an increase of €81 million over the previous year. While their accumulated total debt stands at €3.43 billion,  a slight fall year-on-year, but still more than double the annual revenues of €1.61 billion.

Short of holding a fire sale of playing assets and inviting Manchester City to be the sole bidders, it’s difficult to see how the clubs can reduce that level of debt any time soon.

North Korea finished the tournament without scoring a goal. They lost 2-0 against the United States and 1-0 to Sweden before drawing with Colombia.

FIFA refused to identify the substance involved, although looking at their results in Germany, I’d hazard a guess at sleeping tablets.