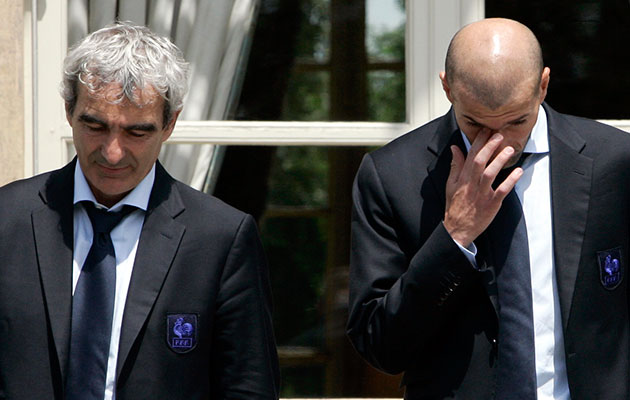 Former France manager Raymond Domenech has spoken of Zinedine Zidane’s god-like qualities which have made the newly-appointed Real Madrid coach exempt from criticism.

Domenech, 63, was manager of France at the 2006 World Cup, when Zidane inspired his team to the final, before being sent off for headbutting Italy defender Marco Materazzi.

Speaking to Le Monde, Domenech said Zidane’s footballing gifts and introverted personality made him resemble a deity in human form.

“Zidane is a myth,” he said. “A myth capable of setting off emotions in people and not only positive ones.

“He’s not a smooth star, he’s not a nice guy. He’s capable of anything and that’s what makes him a human god.” 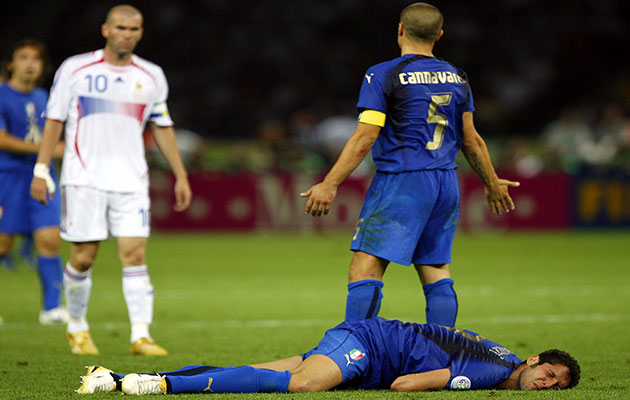 Marco Materazzi lies on the pitch after bneing headbutted by Zidane.

Asked why the French public had forgiven Zidane his costly headbutt in the 2006 final, Domenech suggested that the aura surrounding the player made him immune from criticism.

“Forgiven?” Domenech asked. “But nobody needed to forgive him because we didn’t even accuse him.

“When we returned to Paris after the final in Berlin we were received at the Elysee by the president and the Legion of Honor. The headbutting incident is part of the myth… a guy who headbutts someone who’s insulted him, there’s nothing more human.

“People only saw one player in this story but no one ever thought what [Lillian] Thuram, [Thierry] Henry, [Patrick] Vieira, [Florent] Malouda or [Willy] Sagnol might have felt. He made a bad move and the others lost the World Cup. Like every myth, he benefitted from a form of immunity.

“We’ll see how he reacts as a manager if one day a guy blows a fuse and screws up all his plans.”

Domenech also said that as a manager, Zidane’s mythical status would naturally diminish as he would be judged solely on results.

He added: “From now on, Zidane will be judged on his results. If he’s a champion, his legend will reinforce itself.

“But if that’s not the case, it will be another story. Mourinho was a god too and we see what’s happened to him. Sport is ruthless.”

But, added Domenech, assuming things went well, the new Real manager was ideally equipped to succeed Didier Deschamps as the coach of the French national side.

“There’s no one more legitimate than him to replace Didier Deschamps,” Domenech said. “And the day that Didier stops, he will take over from him. But for that to happen, he had to go to Real Madrid.”