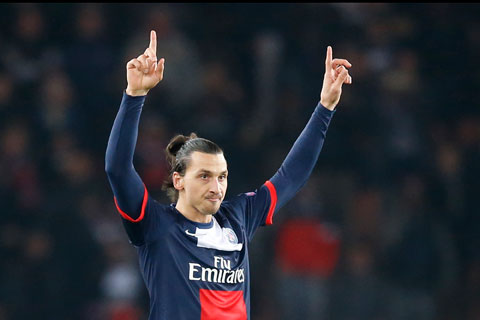 Zlatan Ibrahimovic deserved to win the Ballon d’Or, according to his agent.

Paris Saint-Germain striker Zlatan Ibrahimovic should have won this year’s Ballon d’Or instead of Cristiano Ronaldo, or so says his not entirely impartial agent Mino Raiola.

The Swede did not even make the three-man final shortlist that resulted in Ronaldo winning the award for a second time – Lionel Messi and Franck Ribery completed the top three.

However, Raiola who talks such a good game that he has persuaded several of the continent’s biggest clubs to break their transfer records to sign the Swede, is adamant that his client deserved the individual accolade.

“If I were to choose, the Ballon d’Or should be won by Zlatan,” Raiola told France Football.

“It is all politics. Ibrahimovic is the best player in the world. For me, Mino Raiola, Zlatan is the Ballon d’Or winner. Never in my life have I seen a player like him.

“I see no other player who has done as much as him at several clubs (Ajax, Juventus, Inter, Barcelona, Milan, PSG). I have never seen anything like it.

“The only Ballon d’Or I would like to see is a Ballon d’Or chosen by fans, not by others.”

Significantly, none of the aforementioned clubs were too sorry to lose Ibrahimovic when Raiola came to negotiate the inevitable move to pastures new.

Sounding like the January detox had well and truly come to an end, Raiola added: “A Ballon d’Or which is not only about who is the greatest, but also the most important for children, for the people… the professionals don’t tell me anything.”

Ibrahimovic did pick up the Ferenc Puskas award at the ceremony in Zurich for his stunning 40-yard overhead kick against England in a friendly for Sweden.