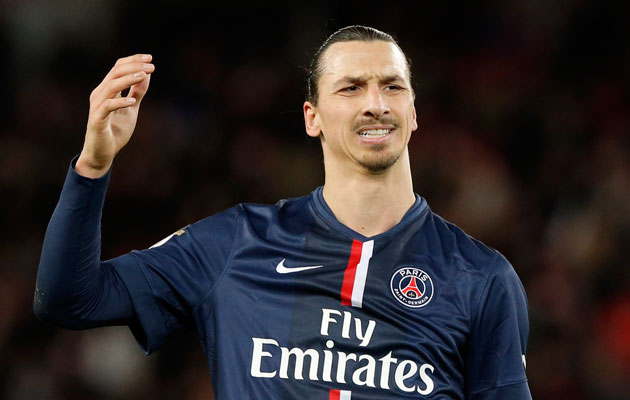 Zlatan Ibrahimovic has been suspended for four matches by the French league’s disciplinary commission after he verbally abused a referee last month.

The Paris Saint-Germain striker was caught on camera complaining at decisions which went against his side after their 3-2 defeat at Bordeaux in the league last month. Ibrahimovic insulted the referee Lionel Jaffredo and one of his assistants, then used an expletive to describe France.

The Swede was caught on camera shouting about the referee in English, saying: “Wake up, wake up … we’re not amateurs. Fucking asshole. I’ve never seen this in my 15 years playing football. I’ve been playing for 15 years and I’ve never seen [good] refereeing in this shit country. They don’t even deserve PSG in this country.”

The French sports minister Patrick Kanner called on Ibrahimovic to apologise, which he did.

Ibrahimovic said: “I like it in France. I would not have played there for so long and I would not have renewed my contract if I did not like it. All the others, all that bullshit, they just want to pull me down from the top but I will not go. I like it on top. That’s where I’ll stay.”

He is available for Saturday’s League Cup final against Bastia, but will miss league games against Nice, Lille, Metz and Nantes.

PSG’s sporting director Olivier Létang argued that Ibrahimovic should not be suspended because he did not address his comments directly to the referee, but the disciplinary commission activated a suspended one-match ban imposed following a bust-up with a Saint-Etienne player in January.

“He has been sanctioned because of the offensive nature and rudeness of his words,” said the disciplinary commission’s president Sébastien Deneux.

Ibrahimovic will also miss the first leg of his club’s Champions League quarter-final against Barcelona after he was sent off against Chelsea in the previous round and suspended for one match.

Ibrahimovic’s comments in Bordeaux caused an outcry in France, with the National Front leader, Marine Le Pen, suggesting that he should leave the country if he was not happy.
Presumably, though, that is her staple response to all foreign nationals.