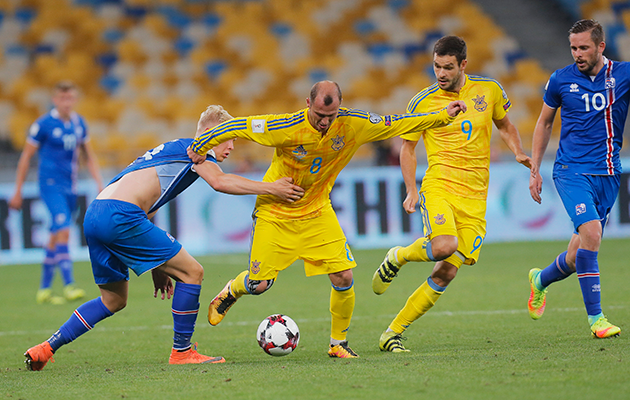 Roman Zozulya had gone almost before he had arrived. It is not just that he left before he made his debut for his new club, it is that he left before he had even trained with them. The Ukrainian joined Rayo Vallecano from Betis on loan on the final day of the transfer window; the next morning, with Zozulya yet to join his new team mates, a banner was hung up by fans at the club’s training ground. “Vallekas is no place for Nazis,” it declared. Proud of their political convictions, Rayo supporters did not want him at their club.

When Zozulya arrived at Real Betis in the summer, he did so wearing a t-shirt with the Ukrainian shield on it. It was reported that he belonged to Pravy Sektor, a neo-nazi party. The report was retracted and as the deal was being put together Zozulya wrote an open letter to the Rayo fans insisting that the t-shirt he was wearing was merely the Ukranian symbol with the words of the poet Taras Shevchenko.

“I have never joined a paramilitary or neo nazi organisation,” he wrote. He does though admit that he considers himself a Ukranian nationalist and photos have emerged linking him to apparent support of Ukrainian groups fighting pro-Russian forces. There have been suggestions too of financial support. While he was at Dnipro, the Azov Regiment used his image as part of a recruitment drive on behalf of the Ukranian National Guard.

The truth remains difficult to ascertain with certainty. The position of the supporters, on the other hand, has been clear. The Association of Supporters’ Clubs released a statement opposing the signing by Rayo – “small in sporting terms, big when it comes to values” – of a player of “clear political filiation”, shown by his “activity of social media”: “in our team, our neighbourhood and our sport there is no place for nazis.”

Betis decided that they would bring Zozulya back. “In order to protect him, we have decided that he should come back to Seville,” the sporting director Miguel Tordecillas said. The squad, meanwhile, gave him a public display of support. The club’s captain Joaquín described him as the victim of a “public lynching.”

The Ukranian embassy declared him one of the “Ukranian patriots who supports the Ukranian army in their fight against the aggressor for the territorial integrity of our country,” insisting: “We’re proud to have such brave and patriotic young people like Roman Zozulya. We consider the accusations against our compatriot unjust.”

The move to Rayo was reversed. Only it wasn’t; it’s not that simple. With the window closed and having already been registered with three teams this season, he can’t play for Betis and he can’t go anywhere else, either. He is, for the next five months, a Rayo player. Discussions between the league and the players’ union ended with the League promising to guarantee his safety and saying that they might start legal action if they could demonstrate that there had been coercion or threats of violence. Javier Tebas, the league’s president, said the player was not a “neo nazi” and was “scared.”

As for what happens next, league and players’ union agreed: fundamentally, that’s up to him. Play for Rayo, or don’t play at all. 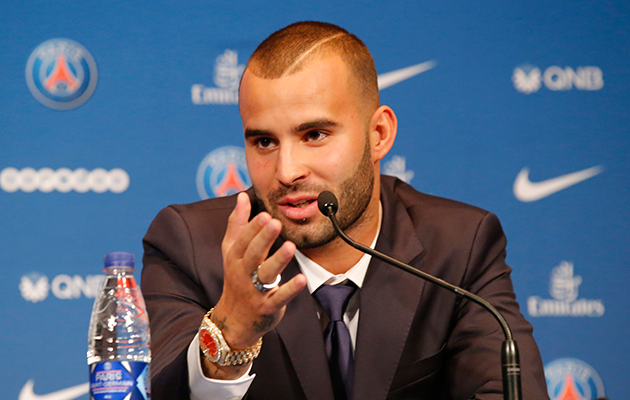 For others, the winter window was more comforting. Spain has not spent much compared to the rest of Europe – just 26.5m compared to 233.8m in England, 100.7m in Germany, 147.6m in France and 97m in Italy – but it’s a place where people want to be. It’s a place Spaniards are heading back too, as well. And not just Spaniards. In a window where the smaller teams were the most active – the bottom four signed 18 players, Leganés alone bringing seven players in – this was a homecoming for many, from Hallilovic to Jozabed, Samu García to Luis Hernández, and Adrián López to Wakaso, all of whom happily returned to Spain from abroad.

Above all, it was a return home for Jesé. He left Paris Saint Germain to go back to the Canary Islands and join Las Palmas. 10,000 fans were there to welcome him as he kissed the badge.

“There were big European teams interested, but money’s not everything,” he said. He also said he has no intention of going back to France.

Granada signed an Greek, a Colombian and an Islander. That’s seventeen different nationalities in their twenty-five man squad now.

Advantage Barcelona and advantage … who? Two brilliant goals, from Luis Suárez and Leo Messi gave Barcelona a 2-1 away win against Atlético in the Copa del Rey semi-final first leg. No goals in Vigo made it less clear who has the advantage in the other semi, between Celta and Alavés – two teams that have never won a trophy. Celta hit the post twice, but coach Toto Berizzo insisted: “I don’t dislike this result.”