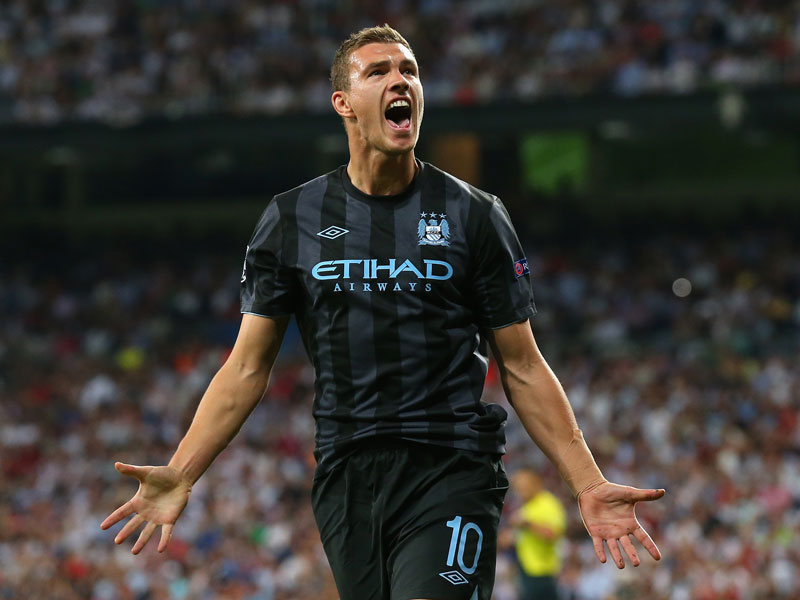 Welcome to our page dedicated to Edin Dzeko. The former Manchester City striker has found a new home in Roma, and has increased his goalscoring abilities in Serie A infinitely. However, take a look at our Talent Scout report on him way back in June of 2009.

Wolfsburg coach Felix Magath was not trotting out cliches in the summer of 2007 when he described his new striker Edin Dzeko, a £3.3million buy from Czech Republic outfit Teplice, as “one for the future”. After testing the Bundesliga waters last season, the young Bosnian has been making a tidal wave of a splash this term, proving himself both a one-man goal rush and a selfless creative force.

Just turned 23, Dzeko is part of a Wolfsburg side looking to claim their first-ever German league title, and seven goals in the first six World Cup qualifiers have set Bosnia up nicely for a play-off push.

Intelligent, technically adroit, able to shoot with either foot, dominant in the air and undaunted by hard-as-nails defenders, he is equally comfortable in a front two or leading the line alone. With Wolfsburg strike-partner Grafite sidelined for a few weeks earlier this year following a cartilage operation, Dzeko was quite superb in the role of lone front runner. 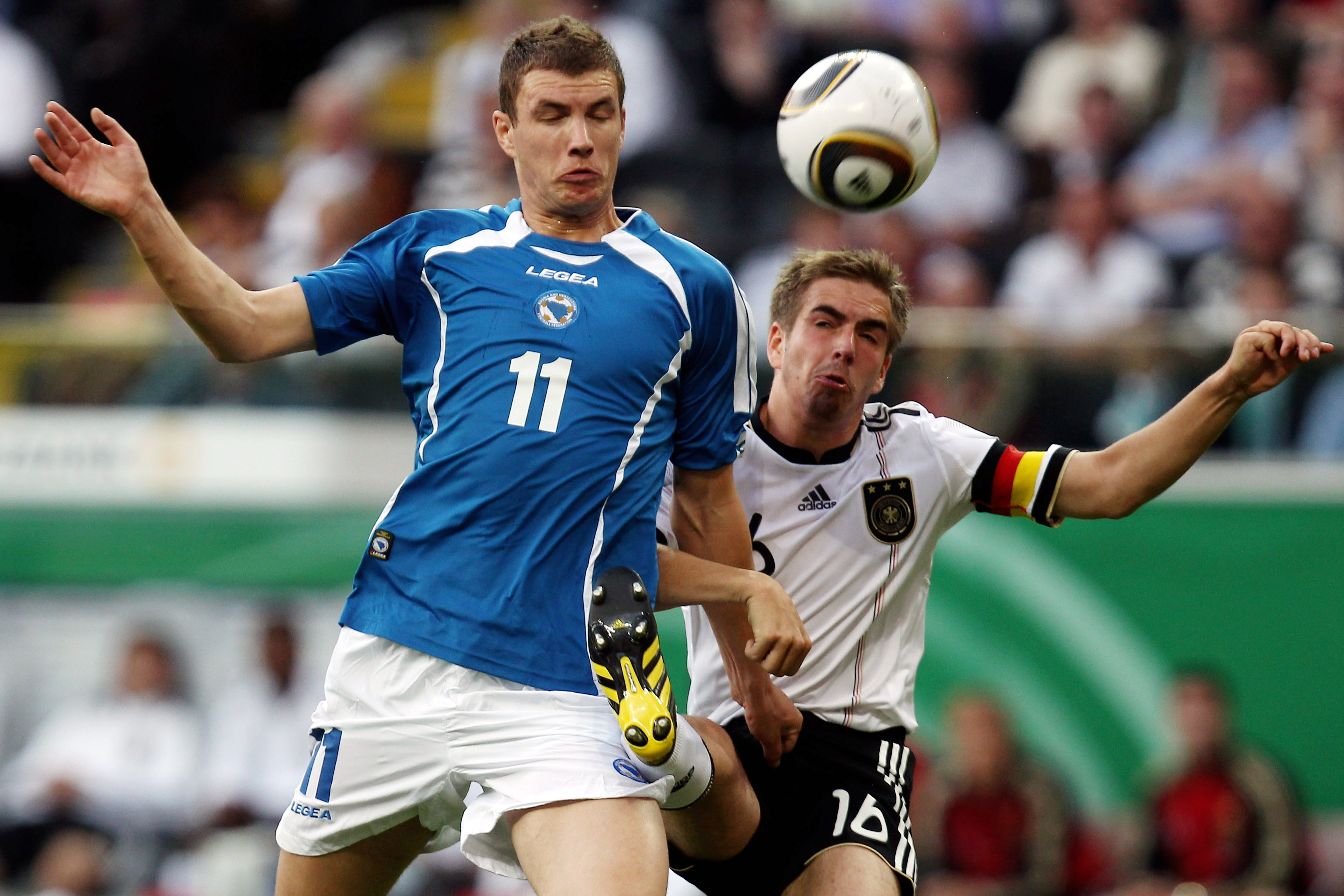 International: Dzeko had a tough childhood growing up in Bosnia (Getty Images)

Bosnia’s coach, the veteran ex-Croatia boss Miroslav Blazevic, is adamant Dzeko is on the verge of superstardom, claiming: “You see – in a year or two he’ll be up there with the very best.”

Meanwhile, club boss Magath – who is aware of the interest from Arsenal, Manchester United and Milan – is more circumspect in his evaluation, saying: “He has great qualities, no question. He’s making sound progress. He has become much more of a threat with his head and is showing greater purpose on the pitch. However, he needs to be careful of the hype.

“Unfortunately, there is a trend these days not to give youngsters the time to properly develop. He is only 23 and not yet the complete package. For example, he doesn’t always choose the right option in front of goal.”

Dzeko’s professional life stands in sharp contrast to the fear and want of his childhood in Bosnia. He was an infant when the bloody civil war broke out in the Balkans and painful memories continue to haunt him to this day.

“Food was scarce and each day was stressful,” he recalls. “Gunfire and bombs were all around. You could be shot any time, anywhere. I remember crying a lot at that time.” 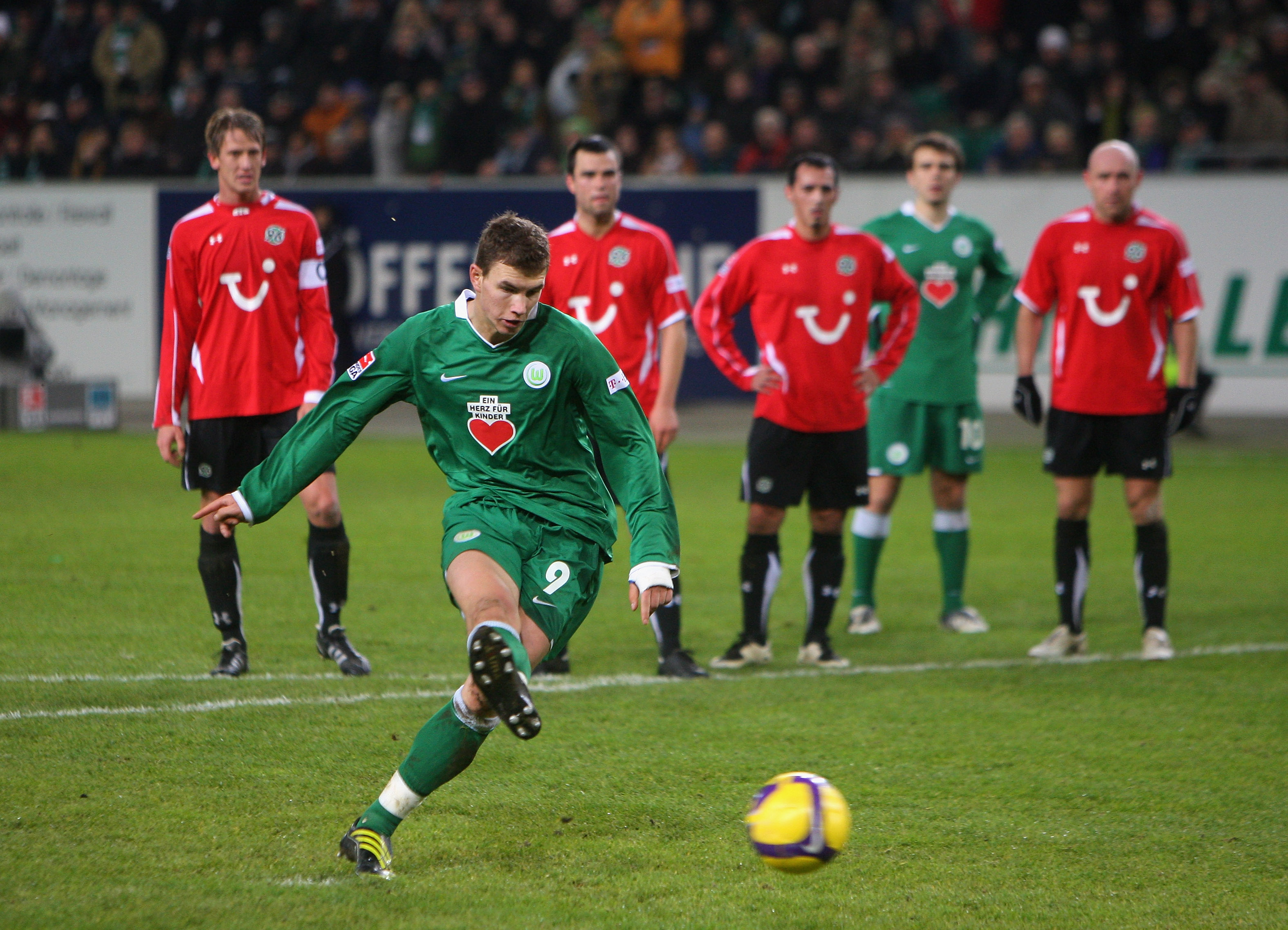 Later, with peace restored and Bosnia gaining full independence, he began to make his mark as a footballer and joined the schoolboy ranks of top Sarajevo club Zeljeznicar. Eventually making the first team, he found the perfect mentor in young Czech coach Jiri Plisek, who not only influenced his playing style but also set up his transfer to Teplice for £80,000 in 2005.

Sent out on loan to second division side Usti nad Labam, where Plisek had taken over, he managed six goals in 15 games before returning to Teplice for the start of the 2006-07 season. A return of 13 goals made him the league’s second-top marksman.

Werder Bremen and Wolfsburg were soon vying for his services, with the latter proving more persuasive. With his being the sort of “secret talent” Bremen once had a monopoly on, they could regret missing out on Dzeko for a long time.