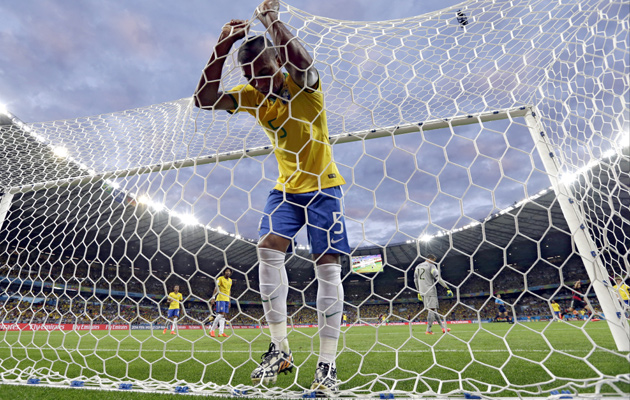 For the third consecutive year there is no Brazilian side in the final of the Copa Libertadores, South America’s equivalent of the Champions League.

It is a striking failure bearing in mind the financial advantage that Brazilian club football enjoys over the rest of the continent – clearly demonstrated by the drift to Brazil of big names players from neighbouring countries, attracted by the relatively high salaries on offer.

The latest club to fall short in the Libertadores were Sao Paulo, who went down to Atletico Nacional of Colombia 2-0 at home and 2-1 away.

In both matches there was a big refereeing decision that went against the Brazilians.  At home, with under 20 minutes to go and the game still scoreless, Sao Paulo had captain Maicon sent off.  The centre back, one of the most expensive signings ever made by a Brazilian club, was looking to take a quick free kick.  Nacional centre forward Miguel Borja held on to the ball, and Maicon gave him a little slap.  The straight red card he received was not an absurd decision, but it was on the harsh side.  A yellow might have sufficed.

And on the brink of half time in the return game, with the score a 1-1, midfielder Hudson, played in behind the defensive line, went down in the area.  There seemed to have been some contact with right back Carlos Bocanegra.  But the referee waved play on.

Hours of media time in Brazil were devoted to this one incident.  It may well have been a penalty.  But it was not an easy decision for the referee to take.  Any contact was minimal.  Fouled or not, Hudson seemed to choose to go down – perhaps in the belief that the ball would run through to the goalkeeper before he could get a shot off.

In this light, the reaction in Brazil was clearly excessive.  Especially because the superiority of the Colombians in both games was beyond all dispute.  And this despite the fact that the six week gap between quarter and semi finals was obviously in Sao Paulo’s favour.  The interruption was because of the Copa Centenario.  The Colombian league also paused, but the Brazilian championship kept on going.  So when the team met in Sao Paulo on July 6th, Atletico Nacional were playing their first competitive game on the new season, having lost two key players in the break and incorporated a new centre forward.  Sao Paulo, meanwhile, were battle hardened and in full competitive rhythm.  But after the opening ten minutes of the first leg the Colombians settled, and for the rest of the contest, home and away, they enjoyed the controlled possession and created almost all the chances. 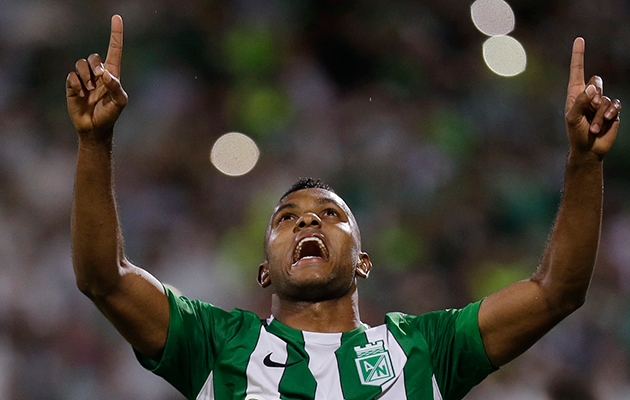 This was a contest, then, that left many things more relevant that refereeing decisions to be discussed. How could it be, for example, that a team effectively in pre-season could pass the ball with so much more clarity and effectiveness than one of Brazil’s major clubs?  A concentration on these controversial ‘talking points’ smacks of a football culture in denial, searching around for ways of hiding from painful truth.

This is a battle which has been going on inside Brazilian football ever since that extraordinary day, just over two years ago, when the national team lost the World Cup semi final at home to Germany by the scarcely credible margin of 7 goals to 1.

Was it just a temporary mental blackout, or could it be symptomatic of wider problems?  There clearly was a massive emotional component to Brazil’s capitulation in Belo Horizonte.  The old guard argued that this was the sole explanation.  Others pointed out that Brazil’s method of play was outdated, that the team’s passing was sub-standard and that it had been a long time since the country had produced a world class central midfielder.

Reappointing Dunga as national team coach was a clear symptom of denial.  In his previous spell in charge, between 2006 and 2010, he had established himself as the snarling high priest of the counter attack.  Brazil, then, had gone back to the future – and both results and performances indicated that they were moving further backwards.
Towards the end of his second spell, even Dunga appeared to recognise that a change of direction was needed, selecting a midfield that put more emphasis on possession of the ball.  By then, though, a couple of years had been wasted and Dunga had thrown away the small chance he had of winning over the public.

A dose of reality should now be administered by his replacement Tite, by some distance the outstanding non-foreign candidate to take charge of the Brazil team.  But there is a chance that before then Brazilian football could sink back into denial.  The Olympic football tournament is being presented to the local public as a serious test of merit – even though its peripheral status has been diminished still further by the problems that teams are having in persuading clubs to release players for the Rio Games.  But if Neymar and company win the gold medal then some will see it as proof that, despite all the evidence, nothing is fundamentally wrong.