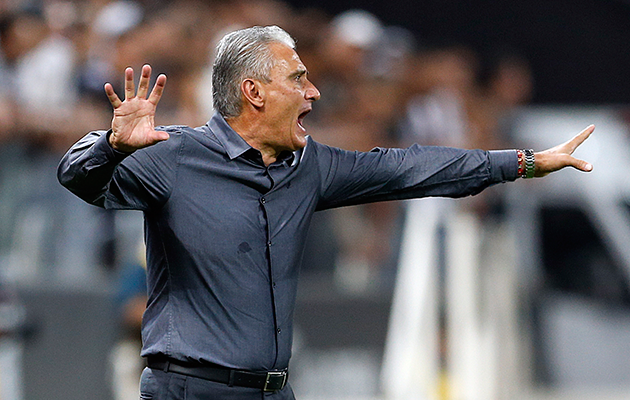 Two Copa Centenario coaches lost their jobs this week. Paraguay boss Ramon Diaz resigned after his side collected just one point from their three group games. And Brazil’s Dunga was sacked following his team’s shock first round elimination.

The case of Diaz was a surprise. It seems clear that he was not pushed. He chose to jump. But it is not obvious why he would make such a move. He inherited a team that had finished bottom of the table in the 2014 qualifiers. Under his guidance they reached the semi finals of last year’s Copa – though it did end with a heavy defeat to Argentina. But the team have made an acceptable start to the Russia 2018 campaign – they are down in seventh place, but only two points off the qualification slots. And they were never disastrous in this competition – the goalless draw with Costa Rica was played in stifling heat, and the two single defeats (to Colombia and the USA) were close run affairs. One goal in three games was a disappointing return. But there are some interesting youngsters coming through, and Diaz was surely correct when he said after the early elimination that the team is growing. It is strange that he does not want to grow with it.

There are no surprises, though, in Brazil’s decision to get rid of Dunga. The only real surprise is that he was appointed in the first place. In the wake of the 2014 World Cup disaster, bringing him back for a second spell in charge made no sense whatsoever. It was the decision of a football association in denial. Rather than deal with the problems of the Brazilian game they chose to turn the clock back to 2006-10, a period that few would want to recall anyway. 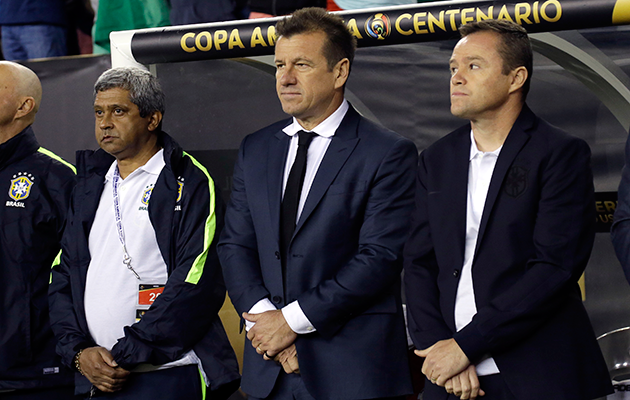 By the end, it seems, even Dunga appeared to have acknowledged this. He had been the high priest of the counter-attack, snarling at those who called for something more fluid and elaborate in midfield. In recent months, though, an effort was made to play a more possession based game. In the fateful defeat against Peru, with Casemiro suspended, he did not select a holding midfielder – which may even have been a mistake.

But if some of his thoughts on the game had evolved, there was little change in another of his characteristics – the need for conflict. Anger has long been his energy. He used it and channelled it to bounce back from the criticism he received in Italia 90 and become a thoroughly proficient passing midfielder four years later – when he was a World Cup winning captain who lifted the trophy while handing it a volley of abuse aimed at those ‘traitors’ who had written off the team’s chances.

In a player, even a captain, such emotion can be a boon. In the coach it is a burden. An uptight coach makes for an uptight team. In his first spell Brazil had collapsed in the second half when they were knocked out of the 2010 World Cup by Holland. Now, after acceptable first half displays against both Ecuador and Peru, they once again fell apart after the interval.

There are indeed problems in some positions – especially centre forward. But Dunga only made things worse for himself with the controversial absences of left back Marcelo and, especially, of Thiago Silva, one of the best centre backs around – another manifestation of the perennial need for conflict. These players will presumably be in for a swift recall under new man Tite, by some distance the outstanding contemporary Brazilian coach.

Tite, though, goes straight in at the deep end. The mistake with Dunga means that Brazil have not made the best use of the year of friendlies after the World Cup or of last year’s Copa – all designed to prepare the team for the Russia 2018 qualifiers. As it stands, with a third of the competition played, Brazil are outside the qualification slots. Another six rounds are coming up between September and November – leaving Tite with little time to adjust to a couple of new challenges; building a team with very little time on the training ground, and working with – and against – top quality players from major European clubs.

It seems a wise decision not to take on the Olympic team – Brazil’s new coach has enough on his plate in the quest to maintain his country’s proud record of having appeared in every World Cup.