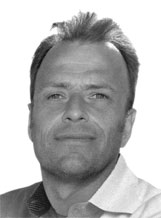 Wales face being dumped into the lowest pot of seeds for this month’s draw for the 2014 World Cup qualifiers in Brazil.

Gary Speed’s side are level with the Faroe Islands in the rankings, which are used to determine seedings for the World Cup draw, but an eagle-eyed Faroese student Jakup Emil Hansen has worked out that his homeland actually has 0.07 points more than the Welsh after their recent shock 2-0 win over Estonia.

The Faroe Islands Football Association were oblivious to the error until Hansen, who is from Runavik but studying for a masters in political science at Aarhus in Denmark, pointed out the error.

The Faroese FA wrote to FIFA and last Friday, the rankings were ‘tweaked’. Both sides are still ranked 114th but the Faroes are now ahead of Wales.

FIFA insist this change was made purely to put the two teams in alphabetical order but despite this being level in the overall rankings, Wales were still listed one place ahead of the Faroese – at 45th – in the continental ranking. Only after being informed of this by World Soccer did FIFA change the zonal rankings.

The next set of FIFA rankings due out on July 27 will be used to determine seeding for the 2014 qualifying draw in Rio de Janeiro two days later. With no internationals scheduled before then, Wales cannot draw clear of the Faroese.

For the last World Cup qualifiers for South Africa, nine groups were used: eight of six countries and one of five. A similar format for 2014 would place the Welsh – World Cup quarter finalists in 1958 – among a bottom group of seeds such as San Marino, who have never won a competitive international.

If eight groups – five of seven teams, three of six – are used, then FIFA would need to determine which of the Faroese and Wales goes into the bottom pot and the issue of decimal points could become critical.

FIFA said: “We are not in a position to speculate on the potential difference of decimal points, or on what the rankings will be on 27 July. What we can confirm is that the change has been done on FIFA.com due to teams that are tied being listed in alphabetical order. Other teams were also tied and not listed in alphabetical order, something which has now been corrected.”

A Romanian programmer who runs the website Football-Rankings.Info and the Faroese FA are both understood to have come up with the same findings as Hansen. Neither the Faroese FA nor the Football Association of Wales would comment on what could be a touchy subject for FIFA in Rio.

For the Faroese manager Brian Kerr, the potential elevation of his side would mean he has met both targets that he set himself on taking on the job to manage Europe’s most remote football side in 2009.

Kerr pledged to win a game in his first two years, doing so almost immediately after his new charges beat Lithuania 2-1, and set his sights on moving the Faroese up a pot in the seedings for the next qualifiers.

“Realistically for the small nations with a population of under 100,000, all you can hope for is the occasional great day and win or draw a game,” Kerr told World Soccer. “You have to increase the frequency of those great days to get up to the next stage of the pot, which gives you more opportunities to win games.”

After upsetting Estonia, the Faroese racked up 22 ranking points to their highest place in FIFA’s rankings for 18 years. Now through that result and the mathematics of Jákup Emil Hansen, Kerr’s side could have a chance to move further forward but there are still plenty of obstacles in their way.