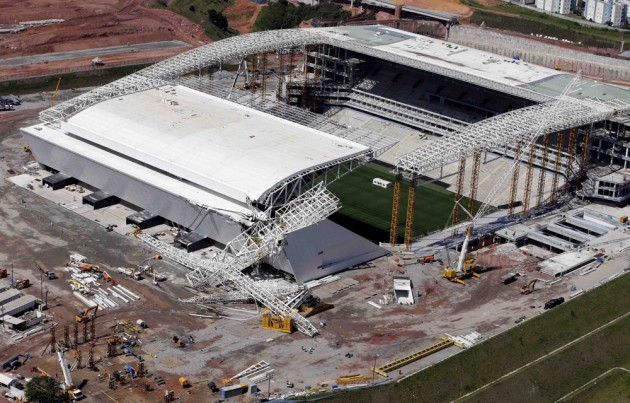 Travel advice
Don’t forget your hard hat. The Arena is facing a race to be ready in time for the tournament’s Opening Match on June 12. The stadium was due to be completed in April but construction was delayed when a crane collapsed in November last year, killing two workers.
Even if the stadium structure is built in time, it’s touch and go whether the stadium will be kitted out with all the necessary fixtures and fittings, such as wifi for the media.